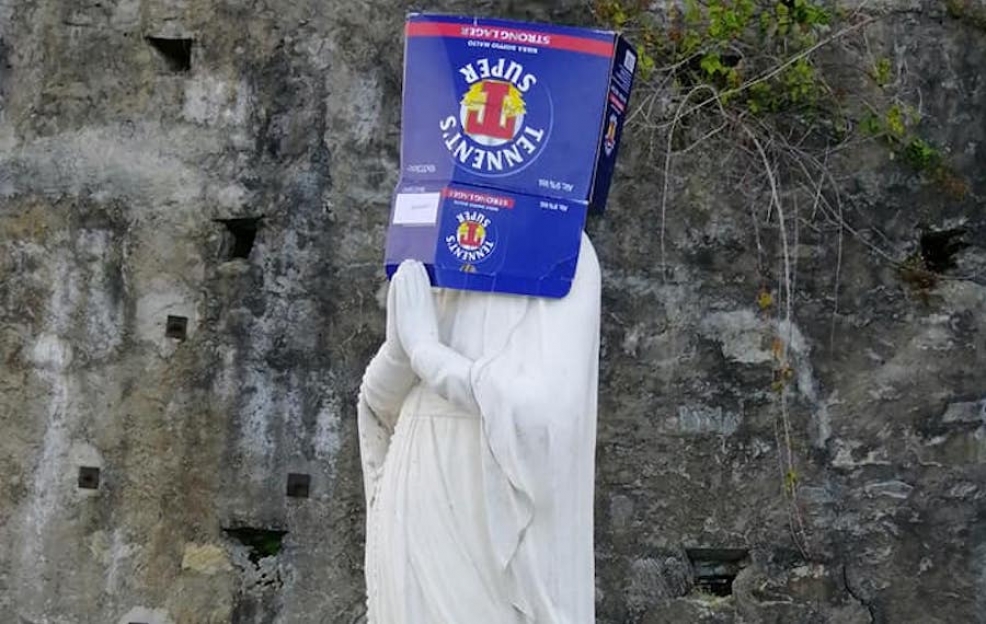 The police of Maccagno suspect a small group of young people to have entered the church of Our Lady of the Point through a half-opened door during the night of July 21st. They took liturgical vestments from the sacristy and climbed onto the altar to "celebrate Mass" on it. The vandals later moved to the shore of the lake where they, after drinking bottles of beer, left the empty beer carton on the head of the statue of the Virgin Mary. Videos of the "fake Mass" appeared on social media and the police began an investigation.

"Despite the fact that no damage has been done, these are unpleasant episodes," commented Mayor Fabio Passera, "unfortunately this is not the first time that such events have taken place under the Madonnina. It often happens that young people leave glass and waste, it is a regrettable situation that we are forced to intervene to clean up. If people are not able to regulate themselves and are unable to live in respect and civic sense, the only answer is that of justice."

The police have began to investigate and discovered some videos published on social networks by these young people, in which they are filming themselves during the "fake Mass".