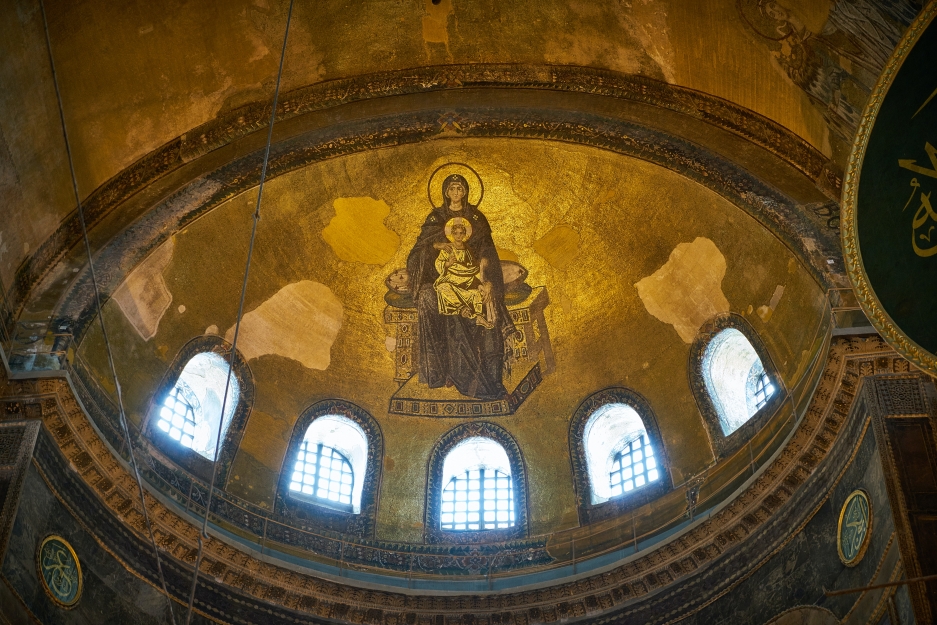 The Marta Shimoni Church in Mehri, Turkey has been desecrated by currently unknown perpetrators. Since the Church is built into a cave and thus cannot be destroyed like any other church, the nature of the attack must have been severe. Footage obtained by the International Christian Concern (ICC) Organization shows items and relics inside the Church being destroyed, amongst others pictures of Jesus Christ, rosaries and crosses. It is unknown whether the incident was reported to the police or not.

A historical cave church in the city of Kovankaya in the southeast Şırnak province has been destroyed. It has been discovered on May 11, 2021, after Children from the Diril Family, a Syriac-Chaldean Family went to the city to look after their families crops' and fruit trees.

Kovankaya and the Diril family made head news after the elderly Syriac-Chaldean couple Hürmüz and Şimoni Diril went missing in Januray 2020. The couple were the first to return to the once Chaldean Christian village after surrounding conflicts forced its evacuation in the early 1990s. Despite all the danger, the family returned in an attempt to rebuild the Christian presence.

According to local reports the Marta Shimoni Church, which is named after a local Christian martyred for her faith, has often been used for celebrations and masses. The cave Church stands as a historic symbol and reminder of the villages Christian past. Two months after her abduction Şimoni Diril has sadly been found dismembered on March 20, 2020. Hürmüz Dirils fate is till unknown.

On May 9 the pair's daughter Gülcan Diril and other villagers saw a group of eight people going towards the church. “It was around noon,” Diril told the local Newspaper "Mezopotamya".  She added, “We don’t know if there were actual soldiers among them, but we saw a group of eight members of state security forces.” According to Gülcan Diril the attack must have “happened after the security personnel came. Until then, nobody else had come, we suspect they were the ones who did this.”

The Diril's family attorney Orhan Kemal Cengiz shared with ICC, "My main concern for the time being is to get the prosecutor to open a case against the perpetrators in the abduction of the Diril couple, which ended with the murder of Mrs. Diril. Mr. Diril is still missing. I have delivered more than a dozen petitions to the prosecutor so far, to urge him to look at the matter from different angles, as well as calling him to deliver his indictment as soon as possible."

He added: "Unfortunately, I could not have any positive result yet. I believe there is a strong correlation between the lack of indictment in this case and the recent attack against the chapel in the village in which the Diril couple went missing. The prosecutor’s refusal to introduce an indictment against the perpetrators emboldens the perpetrators and the people behind them. I will urge the prosecutor to make a thorough investigation into the last attack on the church as well as to look into possible links between this attack and the kidnapping of the Diril couple. It is obvious, if the impunity in the case of the abduction and killing of the Diril couple continues, more attacks would follow.”

An immediate family member of the Diril couple shared with ICC, “First of all, I strongly condemn this heinous attack on our church. This attack does not fit into humanity or any belief. It is obvious that the people who did this are very uncomfortable with our presence on our lands and with our beliefs. This assault of our presence in the village is an indication that somebody is disturbed, and they do not want us here. What worries us the most is that it is a continuation of the persecution of my parents in January last year. We even suspect it was linked to the murder and disappearance of my parents.”

ICC's Regional Manager Claire Evans stated: “We are concerned about this desecration against Marta Shimoni and how this is part of a continued pattern of intimidation and threats against the Christian presence in Mehr. Over a year has passed since the kidnapping of the Diril couple and the murder of Simoni. There has been no justice. And now their church is attacked. These cases are intertwined. If there is no accountability for these crimes, how can Christians with confidence return home to Mehr?”