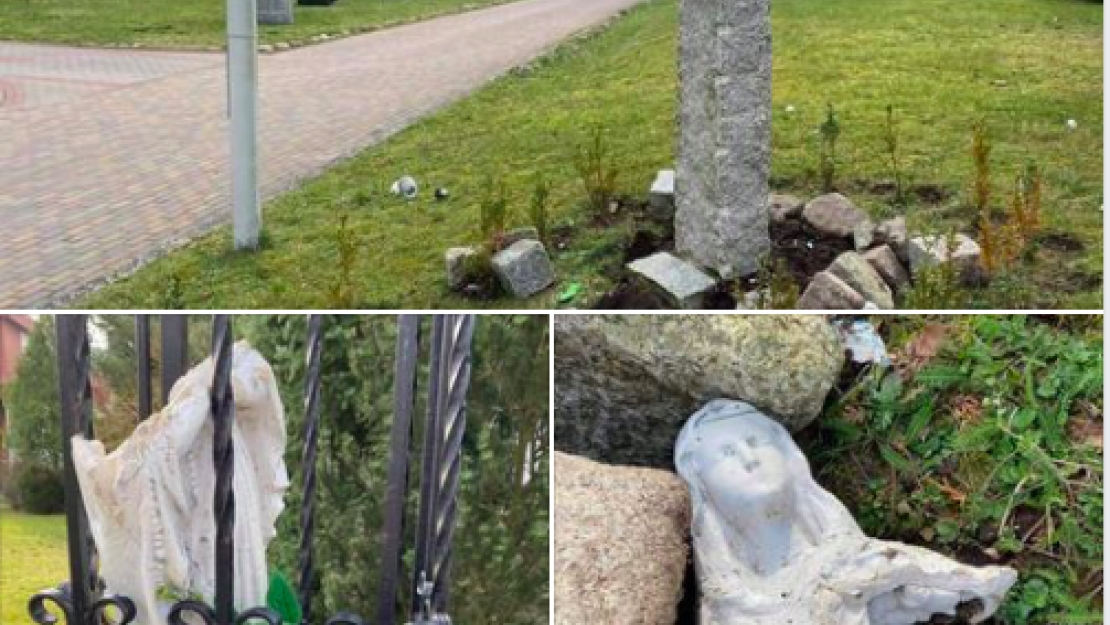 A statue of the Virgin Mary of historical value has been destroyed at the Holy Spirit Church in Koszalin in Poland on 1 April. The statue was of exceptional value since it was given to the Parish by a survivor of the Dachau concentration camp and was seen as a shrine of memorial for the ones who did not survive the camp. The chapel in which the statue was standing was also vandalised. Police are investigating.

The vandalism devastated the community of Koszalin. Father Paweł Wojtalewicz, the parish priest wrote on Facebook, "Someone has vandalized a chapel and a statue of the Virgin Mary standing in our parish square by the church"

The police are investigating as commander Monika Kosiec told the local news.

"We ask for prayers for the perpetrators of this incident, who, in addition to destroying the shrine, also broke the spars of national flags hung by the Catholic School and broke windows in the parish shop" the clergyman added.

Employees of the Koszalin parish discovered the broken statue on Thursday, 1 April, and informed the police immediately. Footage caught by surveillance cameras has been provided to the police.

Commander Kosiec appeals to the public asking for the help of the community to find the perpetrators.

The Koszalin University of Technology Faculty of Mechanical Engineering had compassion with the Holy Spirit parish and created a copy of the destroyed statue using state of the art technology. They managed to print a 3D version of the statue. The new statue has already been handed over to the Parish Priest who will place the copy on the place it on its rightful place.