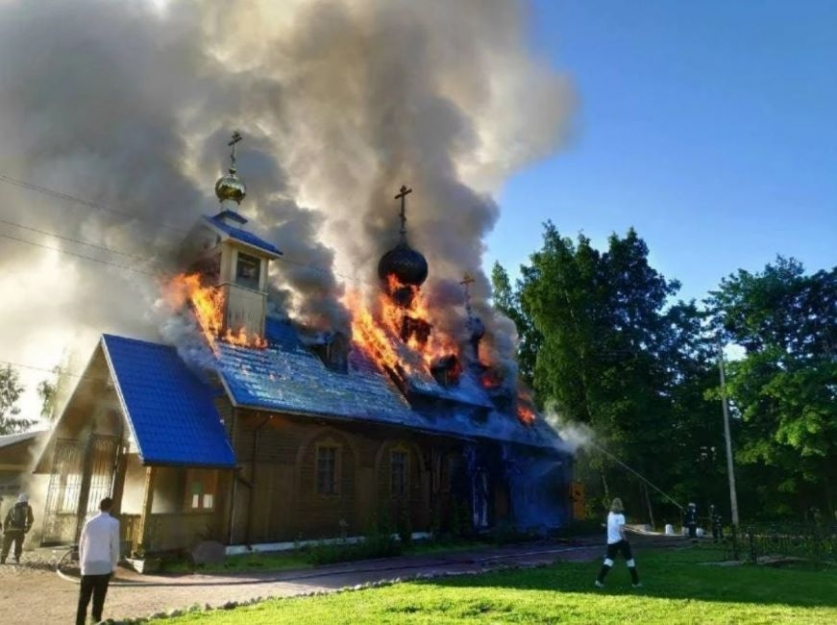 In the city of St. Petersburg, on June 26, a man decided to set a fire to the Church of Saint Basil the Great, after having an argument with his wife about the amount of money she donated to this congregation. According to a Russian newspaper "He always worked, they have four children and his wife works in the church. Everything he earned, she took to the temple. That's why they had a conflict".

Accompanied by his 4 children, the man poured gasoline on the walls and set fire to the church. Fortunately, the parishioners were able to put out the fire, as the fireman did not arrive at the scene in time.

The man turned himself to the police, confessing to the crime and asking to be arrested for it. Even though the man admitted to causing the fire, the judge released him until a sentence is passed.

The property damage caused by the fire is estimated to be more than 170,000 euros.