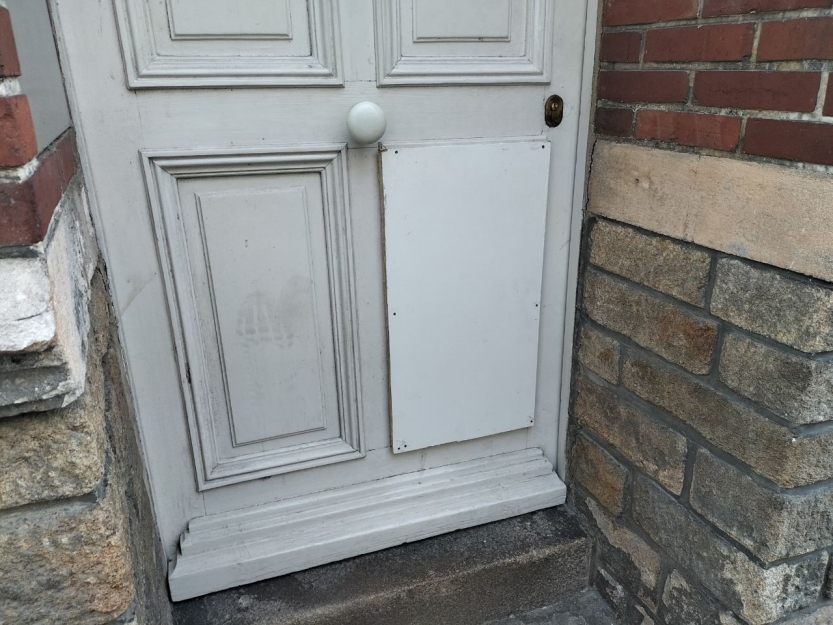 The French Observatory reported that individuals kicked in the bottom of the door of a priest's house. The priest, Abbé Guépin, who lives in the rue d'Allonville, also recalled that on the night of 23 to 24 June, his car was also attacked. The perpetrators broke into the car and stole two bags, one of which contained objects to celebrate a baptism and communion.

The Observatoire de la Christianophobie states: "7 months ago, in December 2021, Abbé Guépin was with the faithful of Nantes who prevented a satanic concert at Notre-Dame de Bon Port [organised by the diocese of Nantes] on the steps of which, despite the cries of the antifas and part of the public who wanted to force their way in by shouting 'Death to priests', he recited, with the help of his vicar and a faithful, the words of the solemn act of reparation. He then answered questions from the press - and was taken to task by some activists for this. Since then, his chapel in the rue d'Allonville has been sabotaged and vandalised several times - the sign with the mass schedule has been torn down, the lock has been glued, and there has been an attempt to break in, etc.