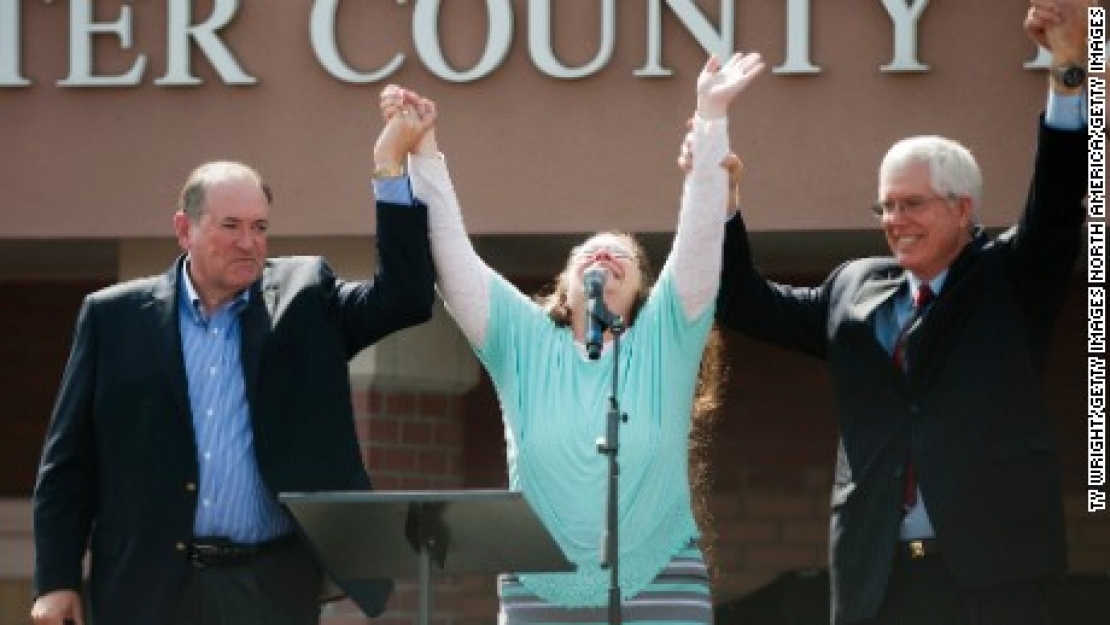 Just hours before a large rally in support of Kim Davis was scheduled to begin, the judge who jailed her for refusing to violate her Christian beliefs ordered her release. Ms. Davis was jailed on September 3rd for her refusal to issue marriage licenses to same-sex couples. The following day, her deputies began issuing licenses in her absence after five of the six clerks who work for her swore under oath that they could comply with the court’s order to issue them. Ms. Davis stopped issuing all marriage licenses after the US Supreme Court’s ruling in favor of same-sex marriage, and refused to permit her deputies to do the same, because her name was printed on those licenses, and she said to issue them would violate her conscience. In his order to release Ms. Davis, the judge warned her not to interfere with her deputies issuing the marriage licenses, or she could risk “sanctions” again. Ms. Davis’s attorney said "Today Kim Davis is a free woman but her conscience did not change ... to get freedom." He noted that Ms. Davis would return to work, but he said she would "not violate her conscience."