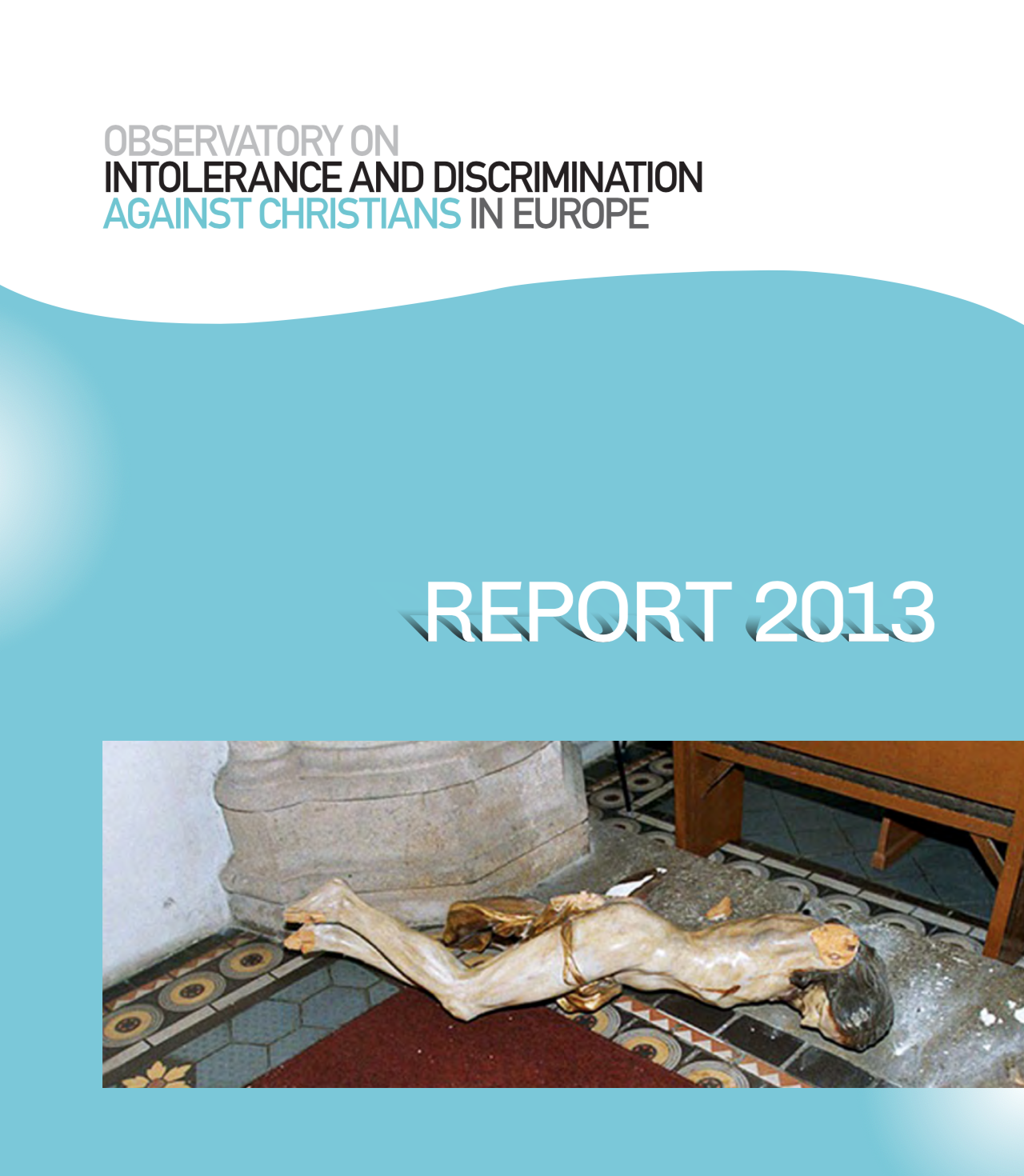 The Observatory's Report on Intolerance and Discrimination against Christians in the Year 2013 was released on May, 15th, 2014. It contains 241 individually documented cases of intolerance against Christians in Europe, as well as what individuals and institutions say about it. It also includes recommendations to governments, international institutions and the people themselves in their different professions.

Dr. Gudrun Kugler, director of the Observatory, explains: „The increasingly secular society in Europe has less and less space for Christianity. Some governments and players of civil society seek to exclude instead of to accomodate. Countless cases of intolerance against Christians are reported to us. By researching, documenting and publishing these cases we hope to create an awareness which is a first step towards a remedy.“