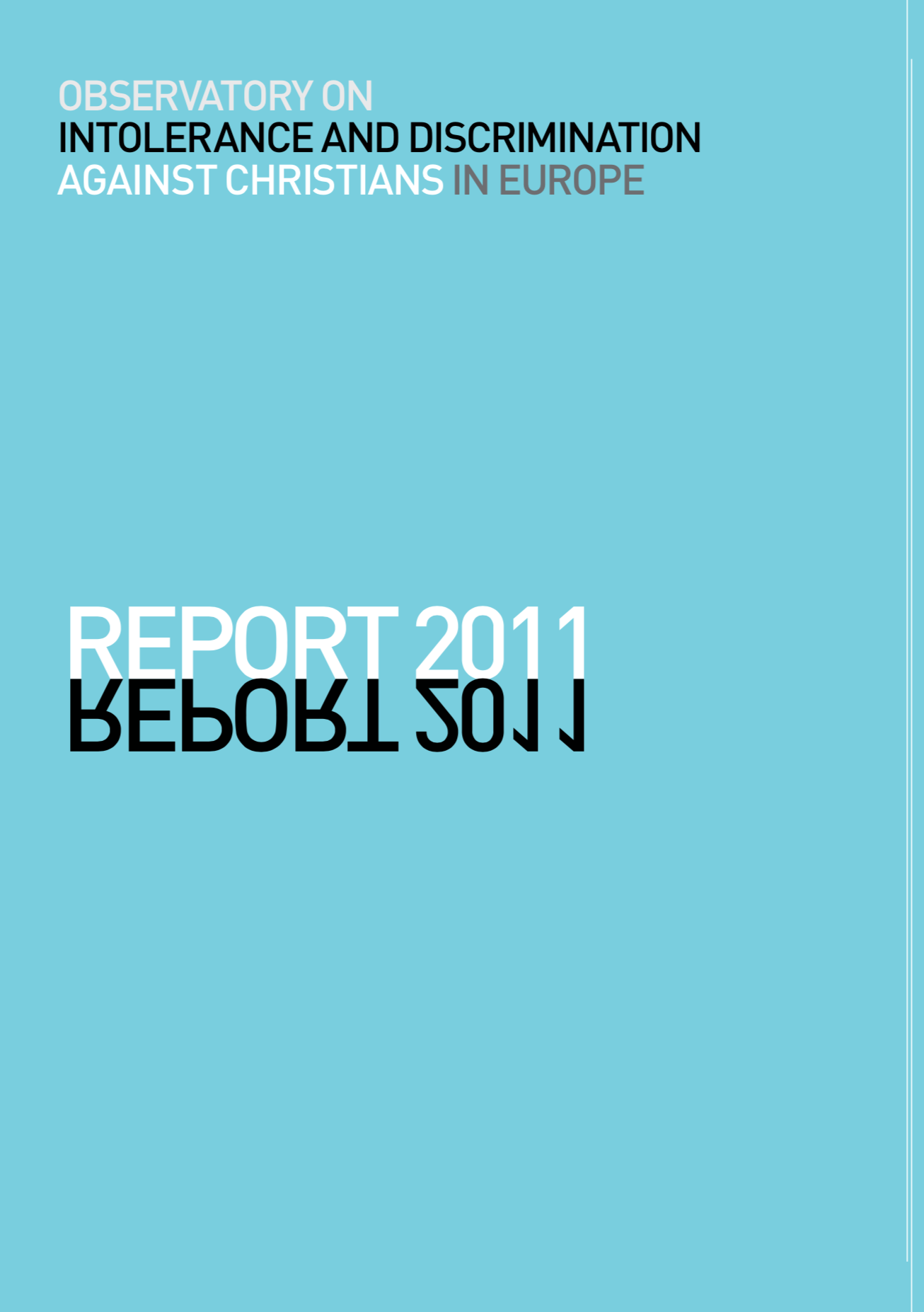 The Observatory's Report on Intolerance and Discrimination against Christians in the Year 2011 was released on March 19th, 2012.

This report portrays the most important developments with regard to freedom of religion, the most striking cases of intolerance and discrimination throughout Europe – and what individuals and institutions say about it. The report includes several statistics as well as analysis of the meaning of freedom of religion in the European context.

Dr. Gudrun Kugler, director of the Observatory, explains: „Studies suggest that 85% of all hate crimes with an anti-religion background in Europe are directed against Christians. It is high time for the public debate to respond to this reality! We also notice professionial restrictions for Christians: a restrictive application of freedom of conscience leads to professions such as magistrates, doctors, nurses and midwives as well as pharmacists slowly closing for Christians. Teachers and parents get into trouble when they disagree with state-defined sexual ethics. Our research shows that only with a more accommodating approach to religion and specifically to Christianity, Europe will live up to its foundational value of freedom.“

Press Release in English as PDF