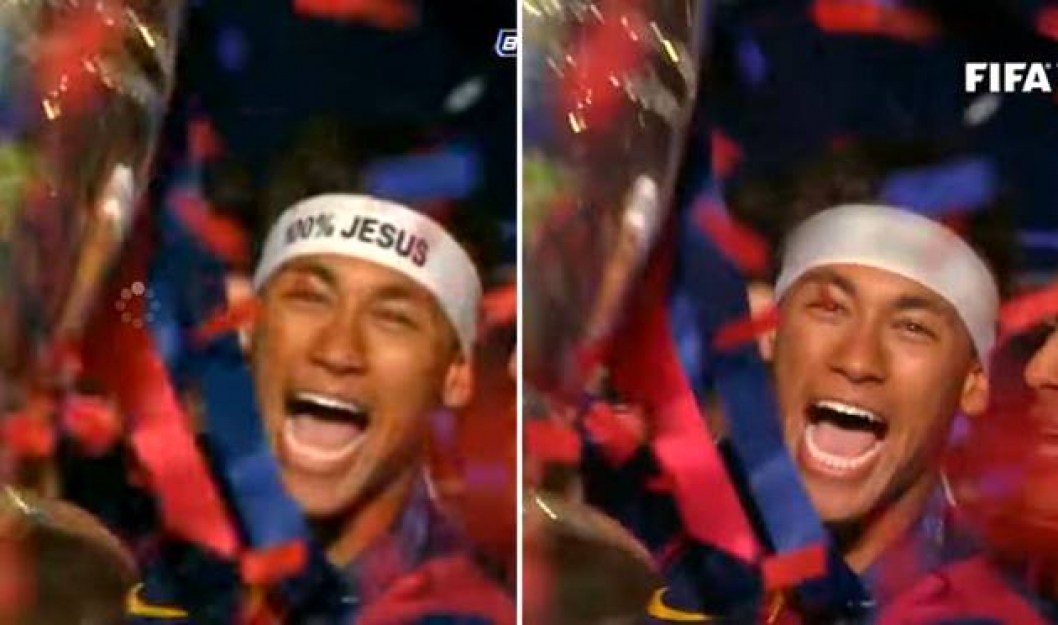 FIFA, the highest institution in the world of football, censored a reference to Jesus by Ballon d’Or candidate Neymar.

Neymar was one of the three finalists of the Ballon d’Or ceremony held in Zürich on January 11, 2016. A video summarising the successful year of the Brazilian FC Barcelona player was played during the gala. Images of the Champions League final celebration were included in it. The Spanish team won the match against Juventus and Neymar celebrated the trophy wearing a headband with an inscription reading “100% Jesus”.
But in the FIFA video, the reference to Neymar’s Christian beliefs had been digitally removed.
According to FIFA, the decision to censor the video was to not offend sensibilities. The FIFA Code of Ethics says people linked to the organisation “may not offend the dignity or integrity of a country, private person or group of people through contemptuous, discriminatory or denigratory words or actions on account of race, skin colour, ethnic, national or social origin, gender, language, religion, political opinion or any other opinion, wealth, birth or any other status, sexual orientation or any other reason.”
Source: Evangelical Focus