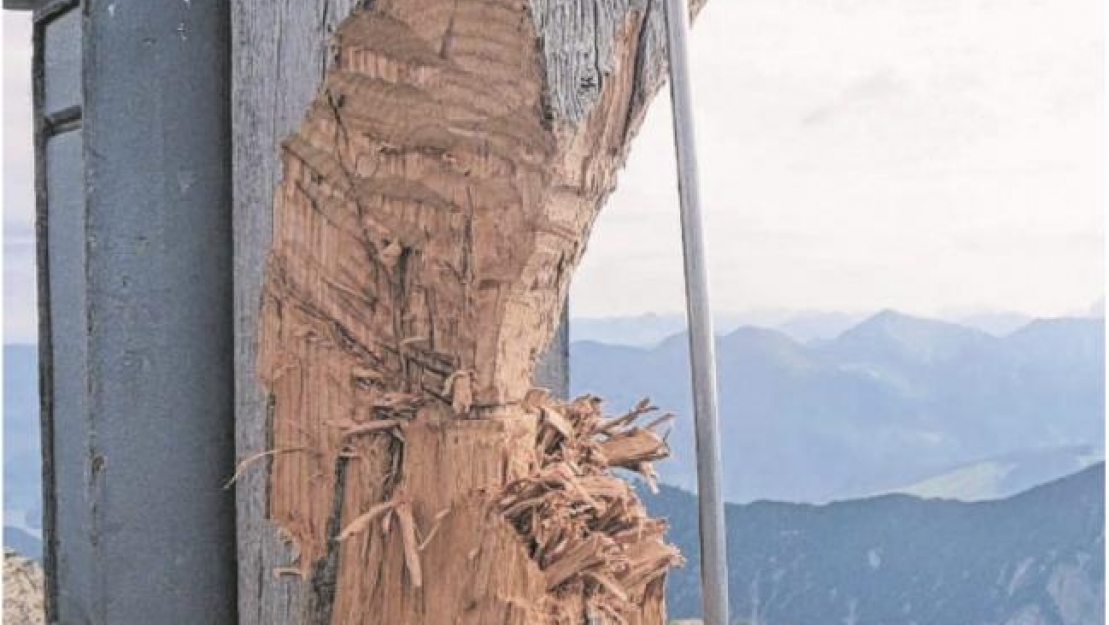 From May to August 2016 four wooden summit crosses in the Bad Tölz-Wolfrashausen region were destroyed by unknown perpetrators using an ax.

Sometime between 10:00 pm and midnight on August 27, the wooden cross on the Scharfreiter mountaintop was chopped with an ax, causing severe damage. Although the cross still stands, repair costs are estimated at 5000 euros. Witnesses described a man leaving the mountain early the next morning. On August 1st, the cross on the Lärchkogel mountaintop was chopped down completely. There were no witnesses and police are investigating. On July 30th, witnesses with binoculars saw a man chop down the summit cross at Prinzkopf. One witness said "there is no question that this was an act against Christianity." And around the middle of May, the wooden cross on the Dudl-Alm was also chopped down completely. All the incidents occurred near Lenggries and police are investigating whether the incidents are linked, as there were conflicting descriptions of the perpetrators. Investigators said that the perpetrators were well-prepared. Sources: Die Welt, Bild, Merkur Photos: Polizei Bad Tölz