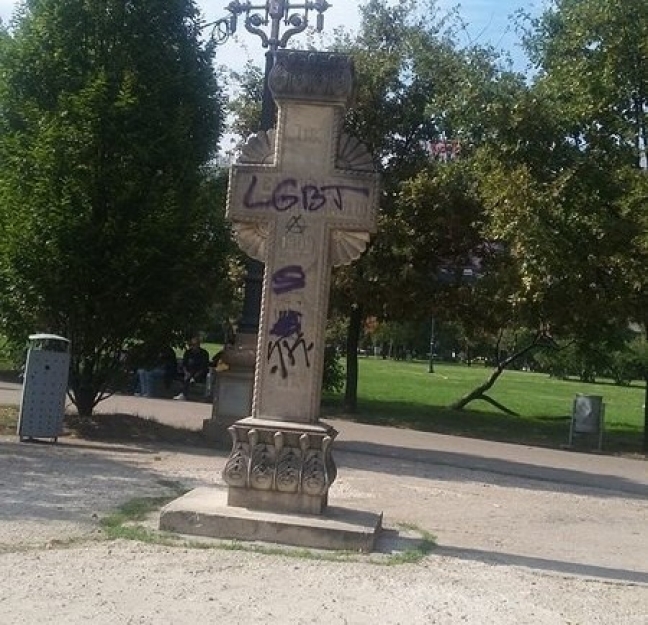 An Orthodox-Christian monument in Piata Unirii ("Union Square") in the form of a large cross, was vandalized with LGBT and anarchist graffiti.

In 2016, a pro-natural family organisation, called Coalitia pentru Familie (Coalition for Family) collected 3 million signatures for a national referendum to protect traditional marriage. In the spring, the Orthodox Church gave support to the Coalition for Family to collect signatures for the referendum. In response, LGBT activists initiated a campaign against the Church.  In 1999, the Romanian Orthodox Patriarch and Pope John Paul II prayed in front of this Cross and it holds great significance for the faithful in Bucharest. Sources: reported to the Observatory and Activenews.ro