Man Arrested after Series of Attacks on Churches in Rome 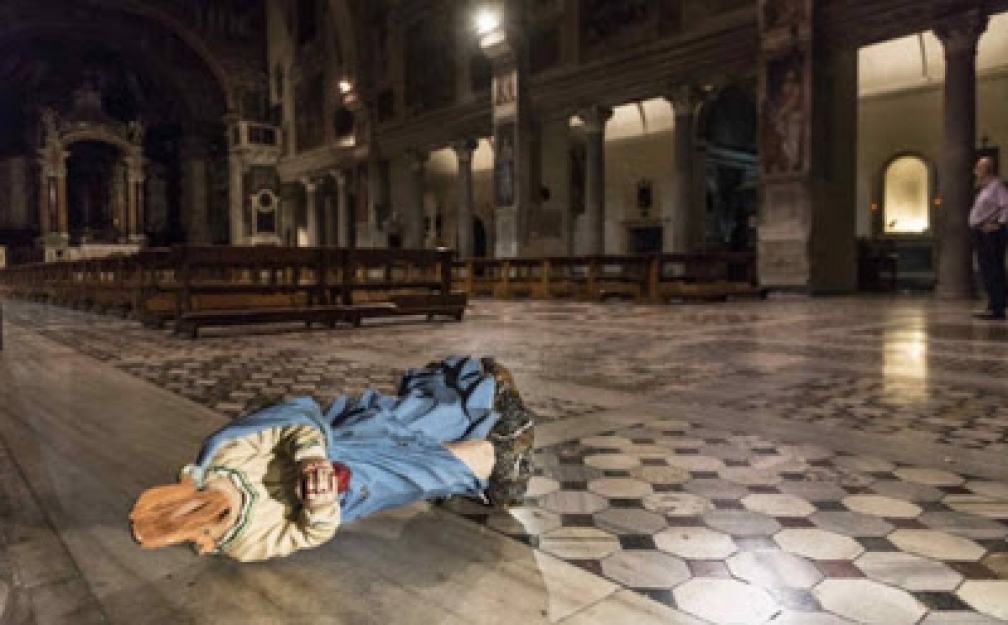 Police arrested a 39-year-old Ghanaian man suspected of attacking several churches in Rome over the previous two days. He is suspected of heavily damaging devotional statues, crucifixes, and candlesticks at the Basilica of Santa Prassede, the Church of San Martino ai Monti, and the Basilicas of San Giovanni de' Fiorentini and San Vitale.

According to reports, on the evening of September 30th, a man damaged a statue in the church of San Martino ai Monti and fled. Shortly afterwards, the same person entered the Basilica of Santa Prassede and "smash[ed] everything he found, especially statues and candlesticks, right before a group of parishioners who were quite scared. The two devotional statues of Saint Anthony of Padua and Saint Prassede were heavily damaged."  The rector of the church said that there were about 15 worshippers present and, after a moment of shock, they chased after the perpetrator before he could enter the sanctuary to destroy the crucifix.  Later, he is alleged to have entered the Church of San Martino ai Monti, where he smashed a devotional statue of the Madonna and Child. On the morning of October 1st, two further attacks occurred in the Basilicas of San Giovanni de' Fiorentini and San Vitale. Statues, candlesticks, crucifixes were smashed. According to a witness, "the perpetrator at this time had time to admit that it was not right that we worshipped in this way."  After receiving descriptions of the perpetrator from priests and witnesses, police arrested a 39-year-old Ghanaian. His motives are under investigation. Sources: KathPress and The Roman Anglican (quoted witness & photo credit) A similar attack occurred in Vienna, Austria in 2014. Watch video here.