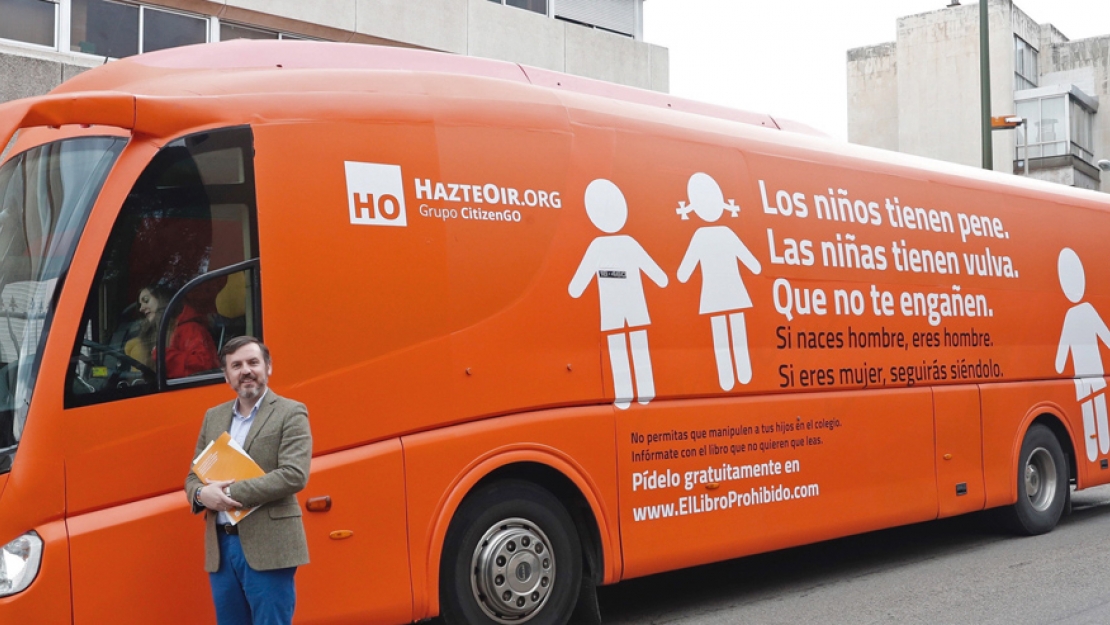 HazteOir.org painted a bus to circulate around Madrid with the words "Boys have penises, girls have vaginas. Don't be fooled. If you’re born a man, you’re a man. If you’re a woman, you’ll always be a woman" and publicized a pamphlet it created for parents: "Do you know what they want to teach your child at school? The laws of sexual indoctrination." The Madrid City Council authorized the seizure of the bus without a court order on March 2, 2017.

The message on the bus was in response to a poster campaign by Chrysallis, an LGBTI group, with a message "There are girls with penises and boys with vaginas." On March 3, 2017, a day after the bus was seized, a judge found that no hate crime occurred, but that the message about boys and girls showed "contempt" for transgender people and must be removed. HazteOir.org has said "Our objective is to denounce laws of sexual indoctrination that various regions have passed to promote sexual diversity among minors, threatening freedom of education, and the right of parents to educate their children [as they see fit]." Although the organization has denounced the seizure and censorship, it announced that it will remove the "offending" message from the bus and change its motto. Additionally, it will circulate a motorhome with the message #ElBusQueNoMiente" (the bus that does not lie) to publicize the violation of freedom of expression. Sources: La Information, The Local, Actuall