Historic Church the Victim of Arson 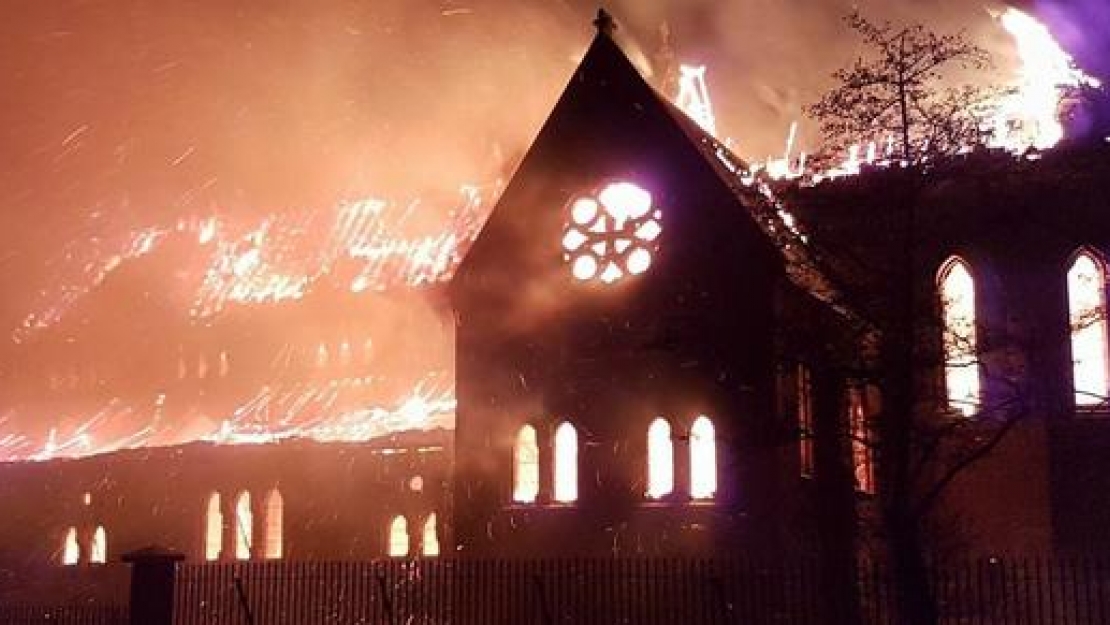 The Church of the Ascension in Salford was completely destroyed by a fire which was described as arson by police. It was built in 1869 and had recently undergone a £250,000 restoration with funds raised over three years. CCTV footage reportedly shows a young man running from the church at the time the fire broke out.

According to The Guardian, "A spokesman for the Diocese of Manchester said: “We are shocked and deeply saddened that the beautiful church building of the Ascension in Salford has been gutted by fire.
“The church was a visible sign of God’s presence in the community and has been a place of worship for generations. More recently it had undergone restoration work to equip it for modern use and meet the needs of the local community."
Following a public appeal and the release of CCTV footage, a 22-year-old man was arrested and police continued to investigate.
Sources: The Guardian and Premier