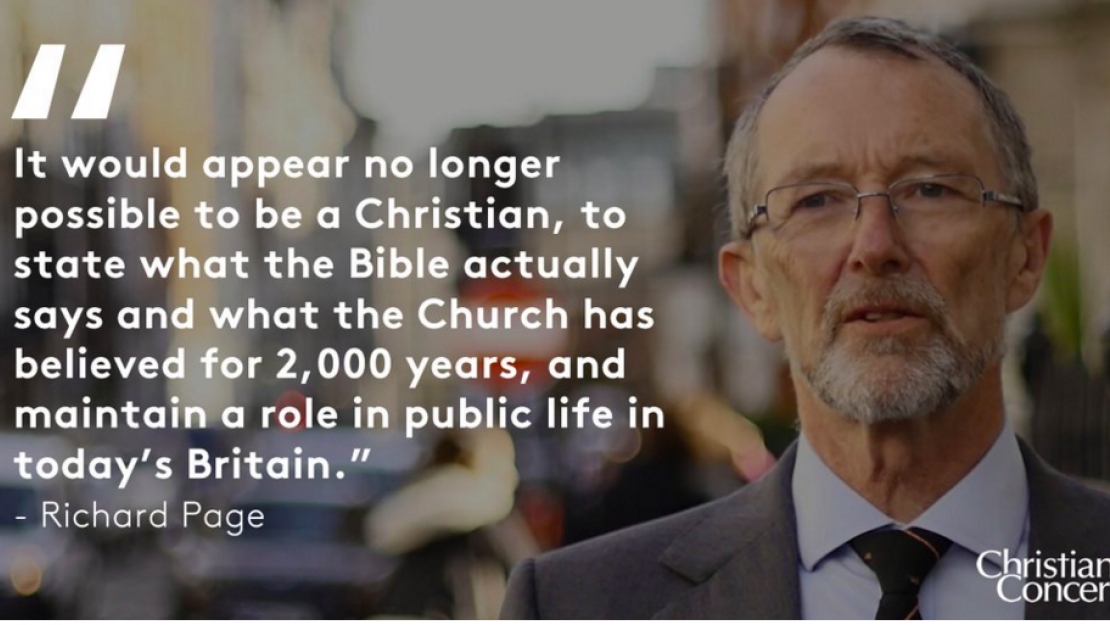 A Christian who was dismissed as a Magistrate by the Lord Chancellor and Lord Chief Justice, after expressing his view that it was in a child's best interests to be raised by a mother and a father, lost his case in a Employment Tribunal claiming discrimination, harassment and victimization against an NHS Trust after being blocked from returning to his role as a non-executive director.


Following a four-day hearing which began on 1 August, 2017, the Croydon Employment Tribunal ruled that Richard Page’s claim to be reinstated as a non-executive director of the NHS Trust should be rejected.In 2016, Mr. Page appeared on various television programmes to defend his position that children should ideally be raised in a traditional family. He had expressed this view during a closed-door consultation in an adoption case while serving as a Justice of the Peace. The Trust asserted that the expression of his views about family life on TV and news media outlets had "undermined" the confidence of NHS staff, noting that "it was not in the best interests of the health service" for Mr Page to carry on in his role.

The Christian Legal Centre brought the claim of Mr. Page against the NHS Trust Development Authority under the Equality Act 2010. During his trial at Croydon Employment Tribunal, Mr. Page’s representative, Pavel Stroilov of Christian Legal Centre, argued: "He was removed for dissent. This is a slippery slope away from the democratic pluralism and into ideological dictatorship”. However, in the judgment released by the Tribunal, Employment Judge Bryant and two lay members rejected the submission that Mr. Page was dismissed for his views.

Andrea Williams, Chief Executive of Christian Concern and the Christian Legal Centre commented: “He was not targeted for the expression of beliefs, but rather for the expression of certain beliefs – namely, belief in the traditional family." She also said: “According to the European Court of Human Rights, bound up in the right to freedom of religion is the right to communicate a belief to others. This right is engaged regardless of the platform on which the belief is expressed. Indeed, without the right to communicate a belief, the individual cannot enjoy the full protection granted to freedom of religion."

After the Tribunal decision Richard Page, determined to appeal, expressed his concerns: "This case is much bigger than me now. It is about how ordinary folk, just like me, are becoming increasingly fearful to speak out against the homosexual agenda. They bully, intimidate and force you out of your job. It is time for this to stop.”