Arson at Saint-Gildas Church in Auray 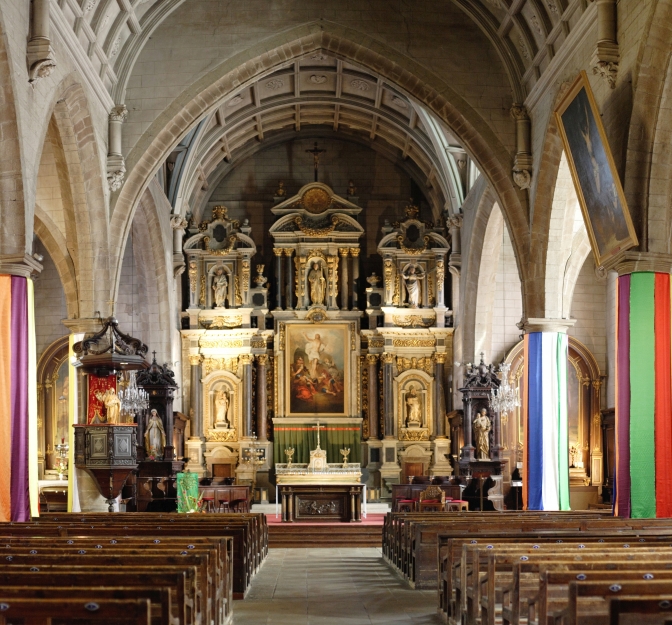 On the afternoon of March 4th, a parishioner discovered thick smoke inside l'église Saint-Gildas. She observed two young women running from the church and immediately contacted the authorities. Firefighters discovered 10 separate fires had been set inside.

Upon arrival, the firemen discovered that 10 separate fires had been started: papers were scattered on the ground, confessional curtains, tablecloths and fabrics in front of the altar, and a tapestry had been set on fire. According to the parish priest, Gaétan Lucas, the painting hanging above the altar was also partially damaged.

Fortunately, thanks to the immediate reactions of the woman who discovered the fire and another passerby, the fire did not grow and was quickly extinguished.

The two suspects, previously known to police, were arrested a few hours after the fire was extinguished.

At least ten other churches in the Morbihan region had been vandalized in the days leading up to the fire at Saint-Giles.

"I am sad, of course, but especially for those who vandalize the religious heritage in this way, it is unspeakable stupidity. I have seen that some churches in the Morbihan had been hit in recent days by theft and acts of vandalism. I did not imagine it would be for us this time," commented Father Lucas.