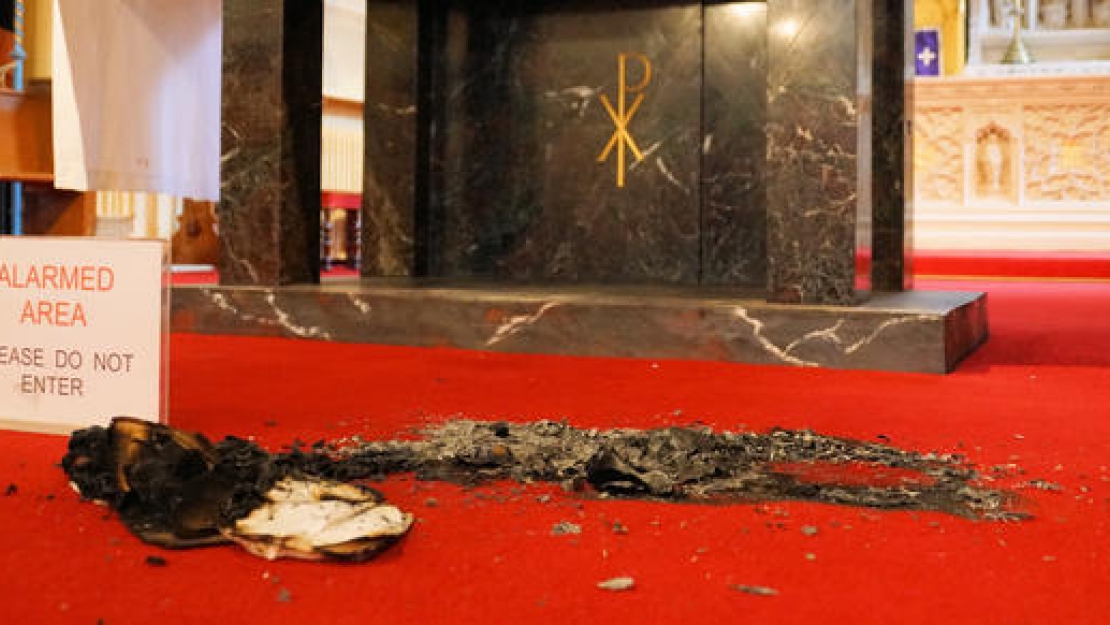 A man walked into St Mary’s Catholic Church, set a couple of small fires and attempted to burn the icon taken off the church’s altar. The perpetrator left a Satanic image in the icon's place. The act was recorded by CCTV cameras and police arrested a suspect days later.

“I was shocked and saddened when I discovered what had happened. When I looked at the altar I saw this picture of something satanic. My immediate thought was to get some holy water and use it with prayer to nullify what the person had done,” said Father Anthony Nwankwo.

Despite the profanation the church would not be closed, said the priest, but they would hold a special service to reconsecrate the area. They would also ask for forgiveness for the perpetrator.

On March 30th the Norfolk police disclosed that they had arrested a 17-year-old in connection with the crime. "We are treating this very seriously and this is being investigated as a hate incident," a police spokesman said.

According to the Diocese of East Anglia, it was the second time such a Satanic image had been left in St. Mary´s Church. The previous time a Satanic image was found on the foot of an outside cross located on the back of the church.

“It is a clear attack on the church and our religion which is not acceptable. If people do not like what we do here they can just stay away. Such an attack on our church can never succeed,” said Father Nwankwo.

Video from CCTV at BBC here