Vandalism in the Church of Sainte Croix 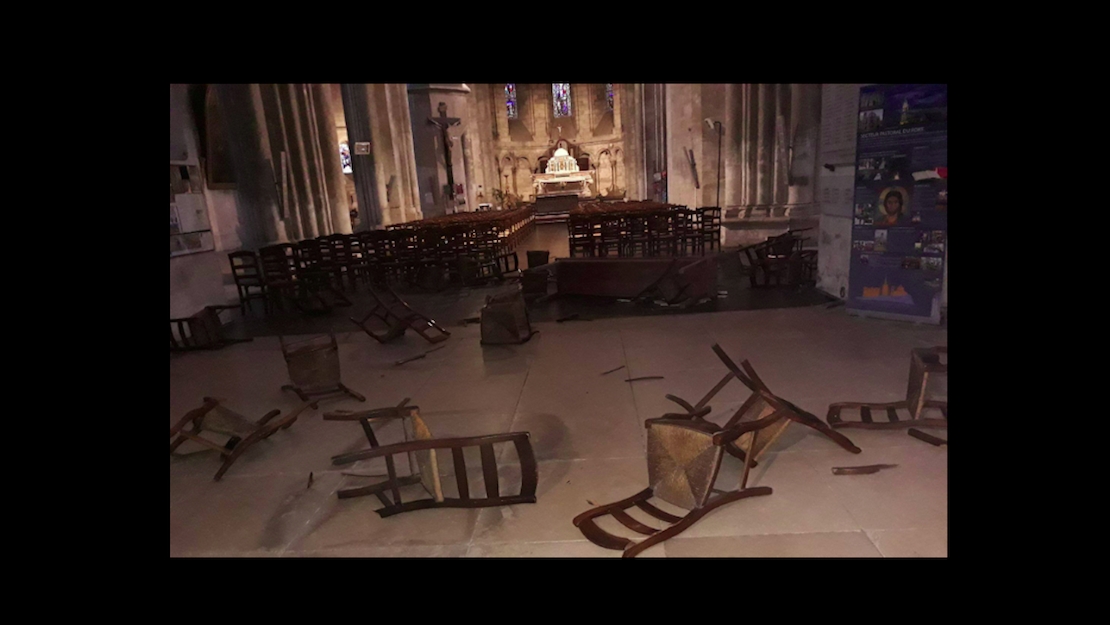 A press release of the parish of Port de Bordeaux reported that there were “more then 40 chairs crumbled to pieces, tables and displays thrown over” in the 11th century church of Sainte Croix. Debout France – a local federation – published information about this incident on its Twitter expressing regret saying: “vandalism (…) is more and more frequent within our church.”

The new head of jeunes républicains, Matthieu Louves, said he was "scandalized by this act of Christianophobia of which the  Abbey Holy Cross of Bordeaux was the victim. Unfortunately these hateful acts are increasing exponentially today in France. To attack churches is to attack one of the fundaments of France. When will we really react?”

Alain Juppé – mayor of Bordeaux did not comment on the incident. Media commentators noted, "the silence is deafening on the side of Bordeaux City Hall, public authorities, and so-called "anti-racist" associations... such an act towards a synagogue or a mosque would have caused a whirlwind in the media!"

The church has been the victim of vandalism in the past, and the parish announced that a Reparation Mass would be held.