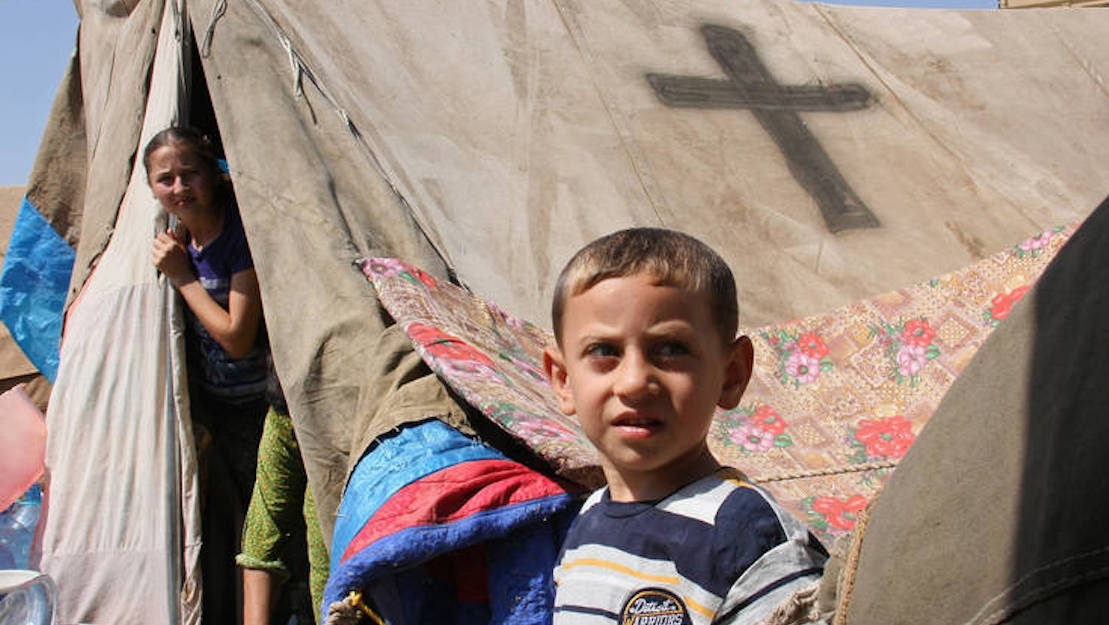 In a recent statement, Barnabas Fund reported about the situation of Christian asylum seeker in the UK:

'In response to a Freedom of Information request sent by a Barnabas Fund supporter, the Home Office admitted, “Minority groups may be more reluctant to go to camps. Many Christians live outside the camps and rely on churches and Christian support groups. We are working with UNHCR and their partners to intensify their outreach to groups that might otherwise be reluctant to register.”

However, the Home Office did not acknowledge that Christian refugees’ “reluctance” stems from the fact that Christians in camps have faced persecution from some of the Muslims in the camps. They also insisted that the UNHCR is “best placed to identify and refer the most vulnerable refugees for resettlement”, despite acknowledging that many Christians are not part of the refugee camp system and therefore will be dramatically underrepresented in referrals.

Barnabas Fund has helped Syrian Christian families who are unable to return home to resettle in Australia and other countries.

The Home Office stated, “We work closely with the UNHCR to prioritise the most vulnerable refugees … We do not discriminate in favour of, or against a particular group.” There is seemingly no acceptance of the specific vulnerability of Christians in the Middle East, who have been the targets of a genocidal campaign waged by Islamic State.

The position of historical Christian communities across the Middle East is a perilous one. Writing in The Sunday Telegraph on 1 December, the Archbishop of Canterbury stated, “Across the region Christian communities that were the foundation of the universal Church now face the threat of imminent extinction … We must support and help them in every way we can. Where they wish to leave, they will be refugees in need of asylum.”

But the very mechanisms employed by the UNHCR in their referral process mean that Christians, who comprised around 10% of Syria’s population before the civil war, are grossly underrepresented; Christians make up less than 1% of the Syrian nationals resettled in UK to date.'