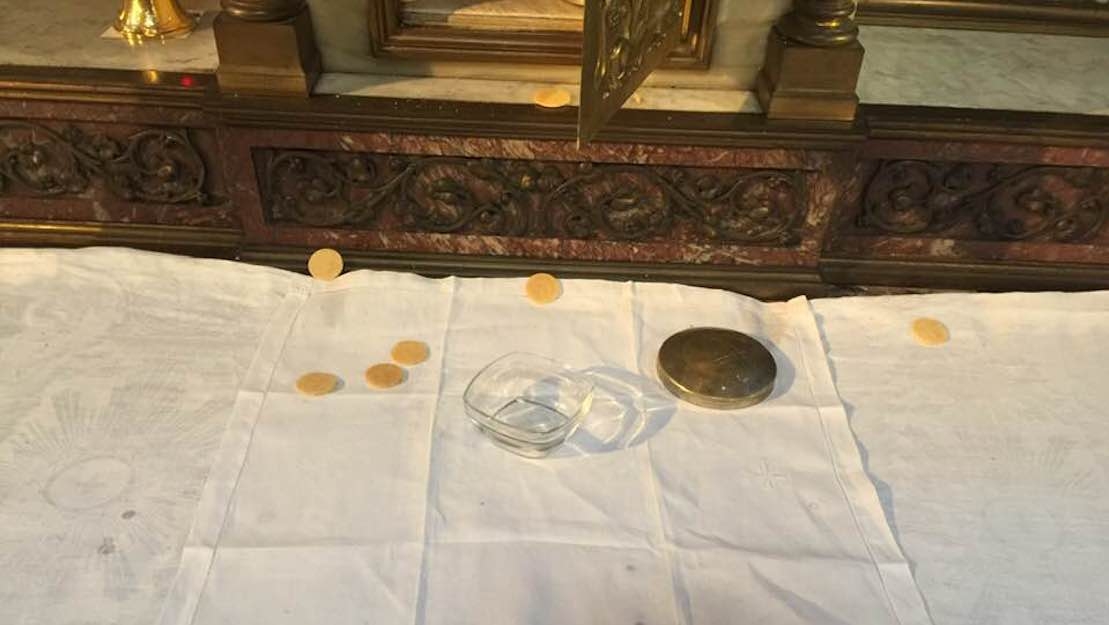 On February 9th, the church of Notre-Dame de Dijon was desecrated by unidentified perpetrators. The tabernacle was opened, consecrated hosts were scattered, the altar cloth stained, and a missal was torn. A Mass of Reparation was held by the Archbishop.

Father Emmanuel Pic, priest of the parish, expressed his shock that the perpetrators focused on the "very heart of the Catholic faith" by attacking the altar and tabernacle, noting that for Catholics the hosts consecrated during the previous Mass are no longer "pieces of bread, but the body of Christ."