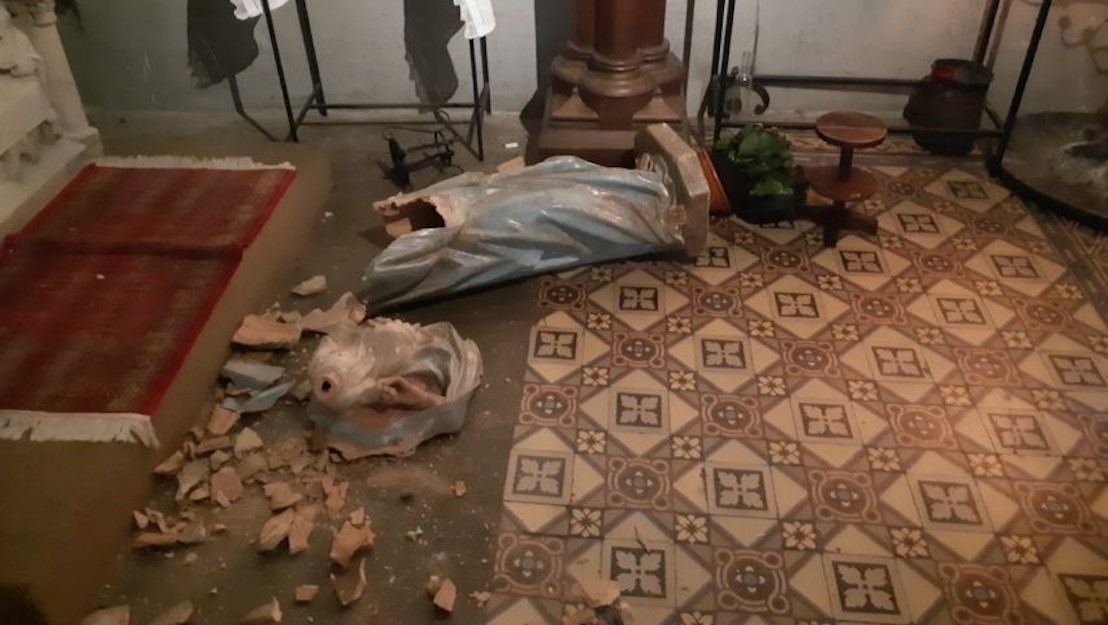 On January 29th, a Christ figure carrying a cross was thrown to the ground in the choir of the church of Saint-Nicolas. A few days later, on February 1st, the arms from the figure were broken. On February 4th, a statue of the Virgin and Child was attacked and shattered on the ground.

The parish priest called the damage to the 19th century statue of the Virgin and Child "irreparable" because it was "completely pulverized."