Street Preacher Arrested to "Prevent Breach of the Peace" 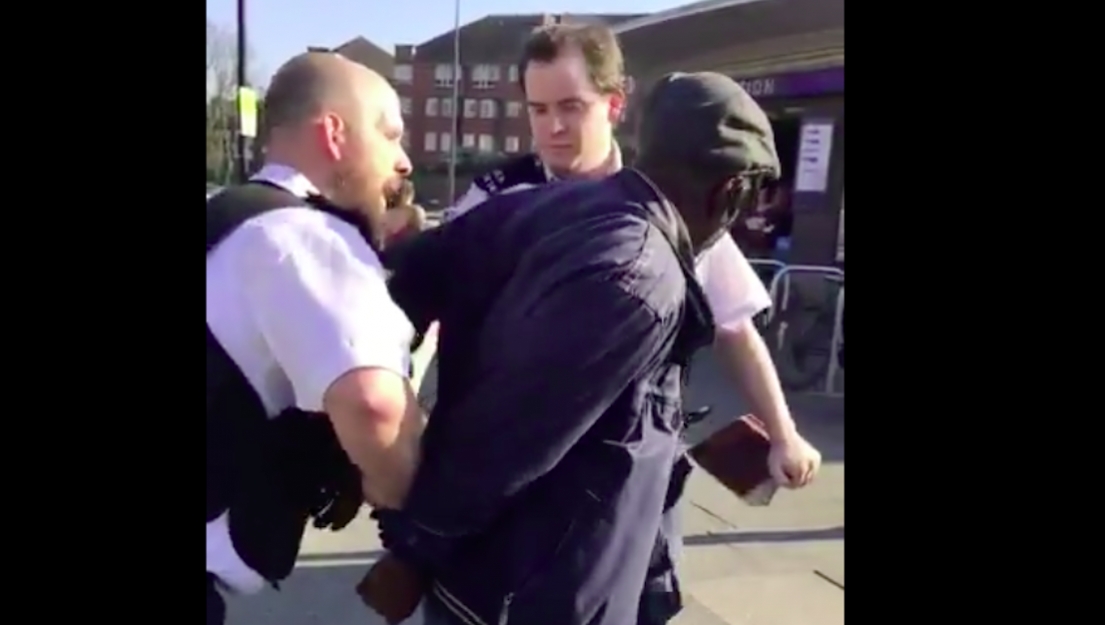 An elderly man preaching at the Southgate Underground Station was arrested by London police after he refused to leave the area, telling him he was "disturbing people's days" and needed to go away. The police seized the man's Bible despite his pleas not to take it.

In a video that went viral with over 2 million views, the man can be seen being confronted by police who said if he didn't leave the area he would be arrested for breaching the peace. When the man refused, saying he needed to "tell people Jesus is the only way, the truth and the life." The officer responded by saying "I appreciate that but nobody wants to listen to that, they want you to go away."

While one officer handcuffed the man, the other officer took his Bible. The preacher pleaded "no, no, no, don't take my Bible away." The officer responded by saying "You should have thought about that before being racist."

An eyewitness who posted the video on Twitter said, "I was there I can say this man was preaching and did nothing wrong had a hostile person near thim. He was a bit loud... but."

According to CBN news, the Metropolitan Police "admitted that, despite the officer’s comments accusing the preacher of being 'racist,' nothing of this nature had been said by the Christian man. They also noted that 'no language of this nature was used in the presence of officers.'"

"The initial report suggested some Islamophobic language had been used, however nobody has made a formal allegation to this effect and no language of this nature was used in the presence of officers."