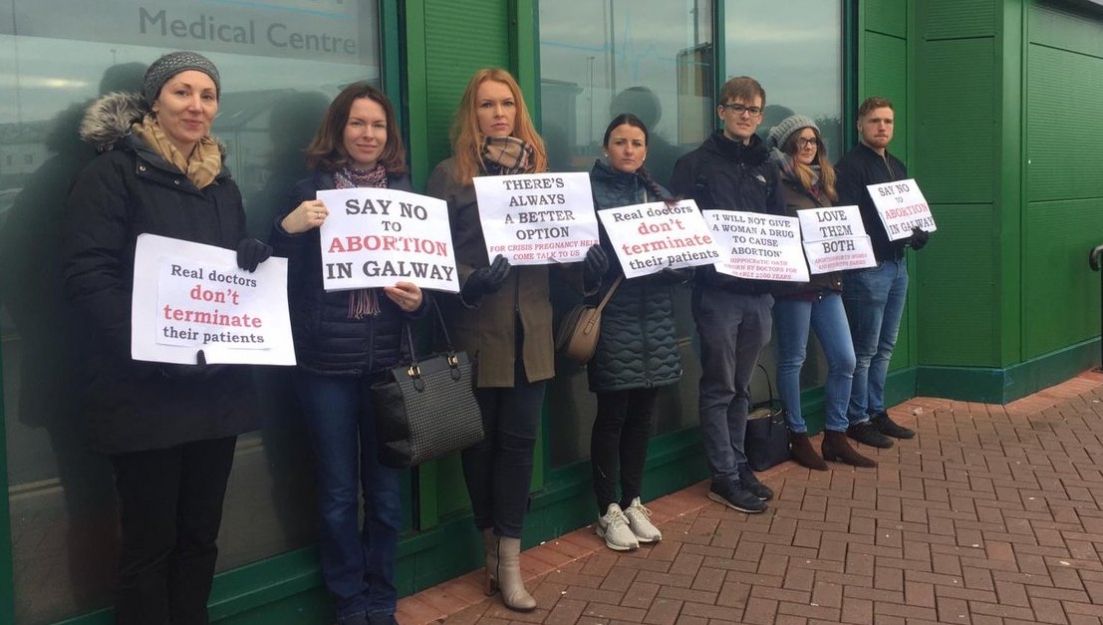 At a meeting of Louth County Council on February 18, 2019, a motion to prohibit any pro-life vigils within 500 meters of a hospital or clinic that provides abortion services was passed by a majority vote. Health Minister Simon Harris has called for such exclusion zones throughout Ireland.

The exclusion or "buffer" zone around the Lourdes hospital and other health facilities in the county that provide abortion services would make it illegal to protest at abortion facilities in Louth county.

Emma Coffey, the councillor who proposed the motion told Drogheda Life: “I believe the government should have brought in this type of policy at the same time as the abortion legislation [in January] to protect medical professionals and to prevent people availing of their services from being harassed or intimidated.” She cited England’s first censorship zone introduced in 2018 by Ealing Council in London as an example of how to counter pro-life protests.

Drogheda Life reported that Coffey wants to see exclusion zones legislated throughout Ireland “as quickly as possible.” She said, “Hopefully we can set the ball rolling for other counties who might take matters into their own hands and call for the legislation to be implemented in their county.”

In response to a pro-life vigil outside Our Lady of Lourdes Hospital in Drogheda in January, Ireland's Health Minister tweeted: “Efforts to undermine our democratic decision to repeal the 8th [pro-life amendment] and provide abortion care in our own country will be robustly called out and actions taken. … We are moving ahead with legislation for exclusion zones.”

Reacting to the motion’s passing by Louth County Council, Charles Byrne, a local pro-life activist, told Drogheda Life:  “Who would have thought that a day would come when a proposal to prohibit protest against the killing of human beings would receive practically unanimous support from members of the Louth County Council? This is not the Ireland I was born in. It is not the Ireland that my parents grew up in, nor the Ireland of my grandparents or great grandparents. In fact, none of my ancestors would even recognise this brave ‘new Ireland.’”

Although the motion was passed, the Louth County Council will determine the motion’s legality before it is enforced.