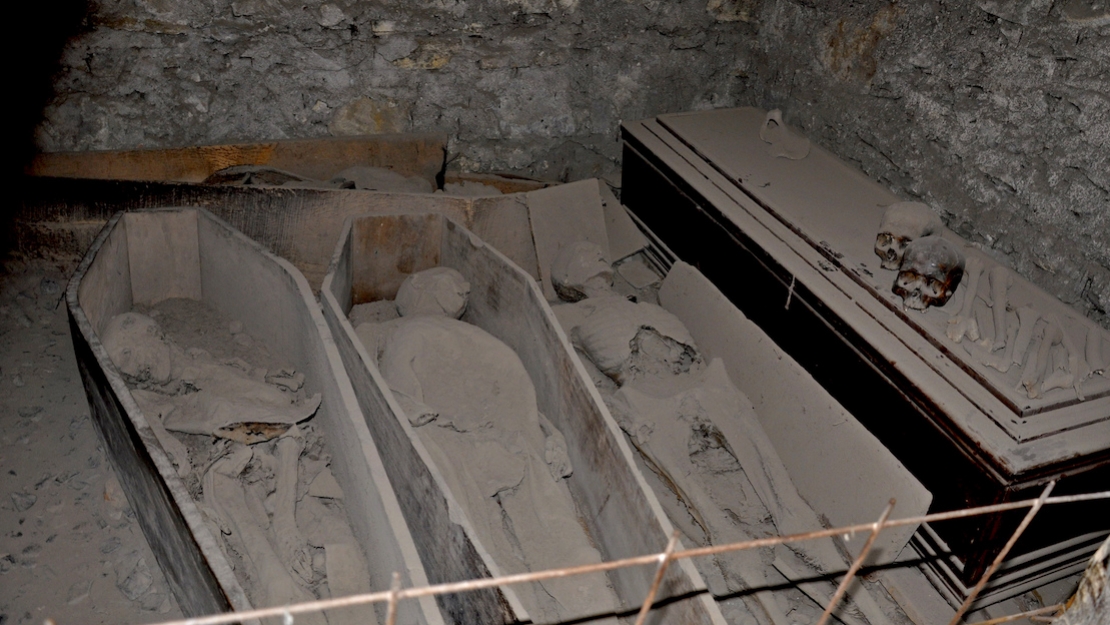 Vandals stole the head from an 800-year-old mummified body, known as “The Crusader” from the crypt of St. Michan's Church in Dublin. The crypt was badly damaged and several of the mummies, including the 400 year old remains of a nun, were desecrated in the incident.

The church is a popular tourist destination attracting visitors who come to see the mummified remains in the crypt. The vandalism was discovered shortly before lunchtime Feb. 25 as volunteers were preparing to open the crypt for visitors.

In a statement about this incident, the Archbishop of Dublin expressed sadness and outrage at the incident. “I am shocked that someone would target this ancient burial place and desecrate the remains of those lying within it. Not only have these individuals desecrated the sacred crypt but they have destroyed these historic mummies which have been preserved in St Michan’s for hundreds of years. I would appeal to those responsible to examine their consciences and return the head of The Crusader to its rightful place.”

The Vicar of the Christ Church Cathedral Group of Parishes, of which St Michan’s is part, Archdeacon David Pierpoint, said he is upset and disappointed that the church had been targeted again by vandals. The crypt of St Michan’s was vandalized in 1996.

“The actions of these people are devastating and sacrilegious. We are upset at the amount of damage that has been caused. But also the crypt will have to close so tourists will not be able to visit. It is very frustrating,” he said adding: “I would appeal to anyone with information to contact the Gardaí.”

Source: Church of Ireland
Photo by Jennifer Boyer, CC BY 2.0 via Flickr