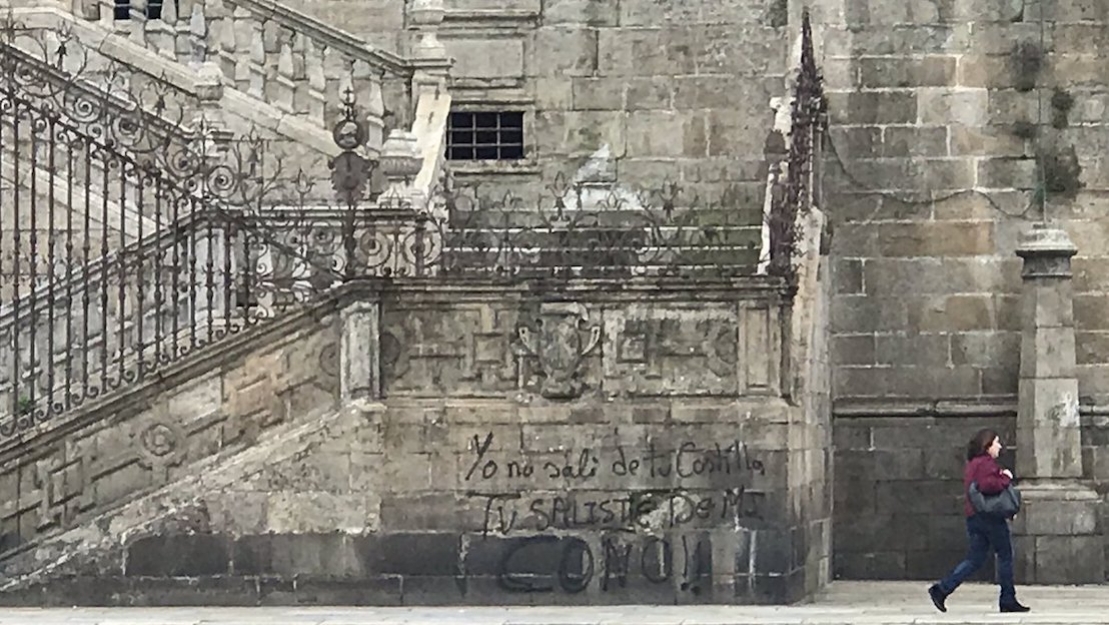 The Cathedral of Santiago was targeted by vandals during the early morning hours of March 12th. Messages sprayed in black paint on the facade and in various areas of the basilica ranged from anti-Church ("Yo no salí de tu costilla, tú saliste de mi coño" and "Machitos")" to anti-royal ("Guillotina Borbones"), and against the Santiago Abascal party ("Gritaremos hasta quedarnos sin Vox"). The cost to remove the graffiti is unknown, but could be in the tens of thousands of euros.

The mayor of Santiago de Compostela condemned the attack, saying "no claim can serve as an alibi to attack the patrimony of all." The Regional Minister for Culture and Tourism announced plans for increased surveillance and that fines for such vandalism could be up to 150,000 euros.