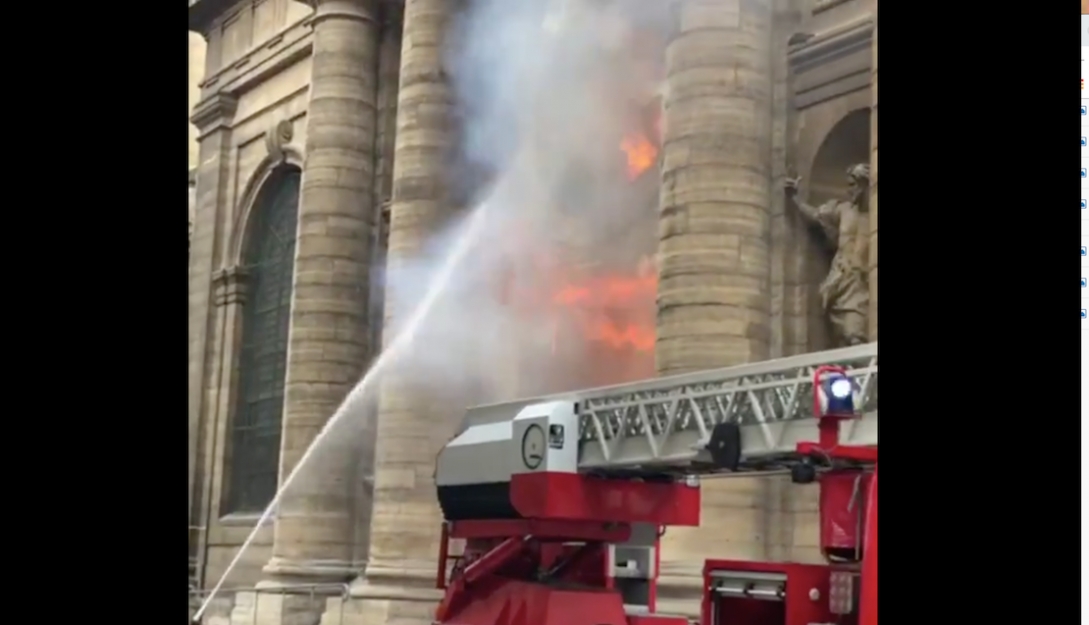 On Sunday, March 17th, the church of Saint-Sulpice in Paris had to be evacuated after a large fire broke out in the entryway. The large wooden door of the southern transept was engulfed in flames and severely damaged, as was the stained glass window above it. Firefighters were able to contain the blaze to prevent it from spreading to the rest of the church. On March 18th, investigators announced that the fire was not accidental in origin, but had been deliberately started.

Saint-Sulpice is second-largest church in Paris, after the Notre-Dame Cathedral, and is home to many pieces of art, including by French painter Eugène Delacroix.

Video of the fire can be viewed here.