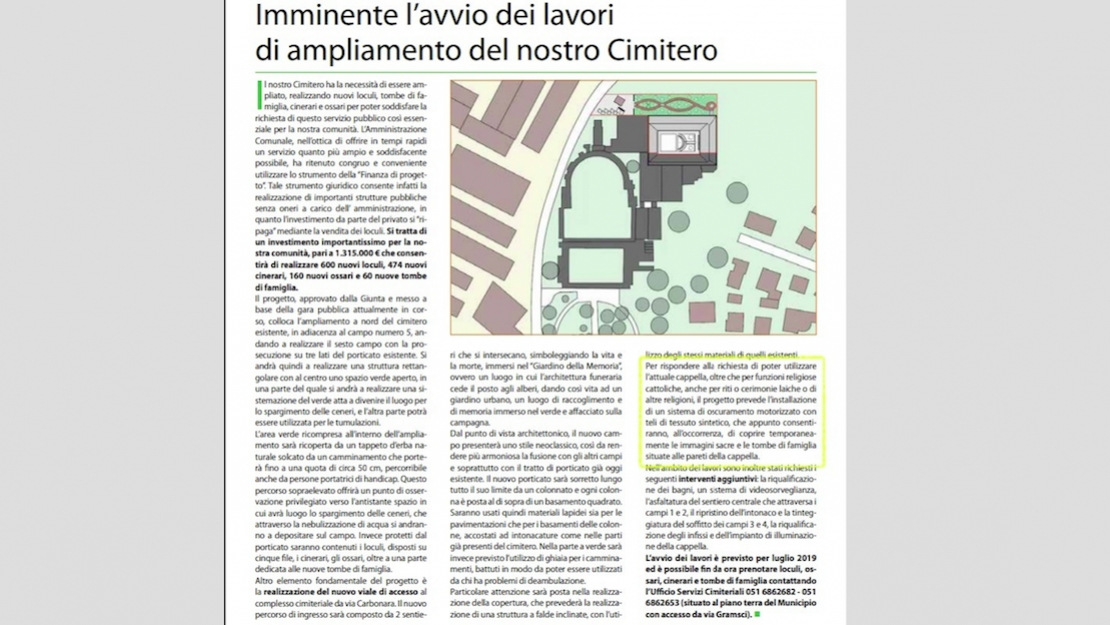 Exclusion (of individuals or ideas) Intolerance towards Religious Symbols

The municipal council of Pieve di Centro in Bologna approved a proposal to install a motorized curtain system in the unconsecrated cemetery chapel to temporarily cover Christian symbols and tombs inside the chapel during ceremonies for non-Christians. The decision generated controversy, with some commentators criticizing the lack of transparency about the project, noting that the public had not been consulted and that construction of another, non-denominational space had not been considered or discussed.

Others commented that it was "ideological delirium" with the "excuse of respect for others" being used by the leftist city government to show a lack of respect for the Christian culture and tradition of Italy.