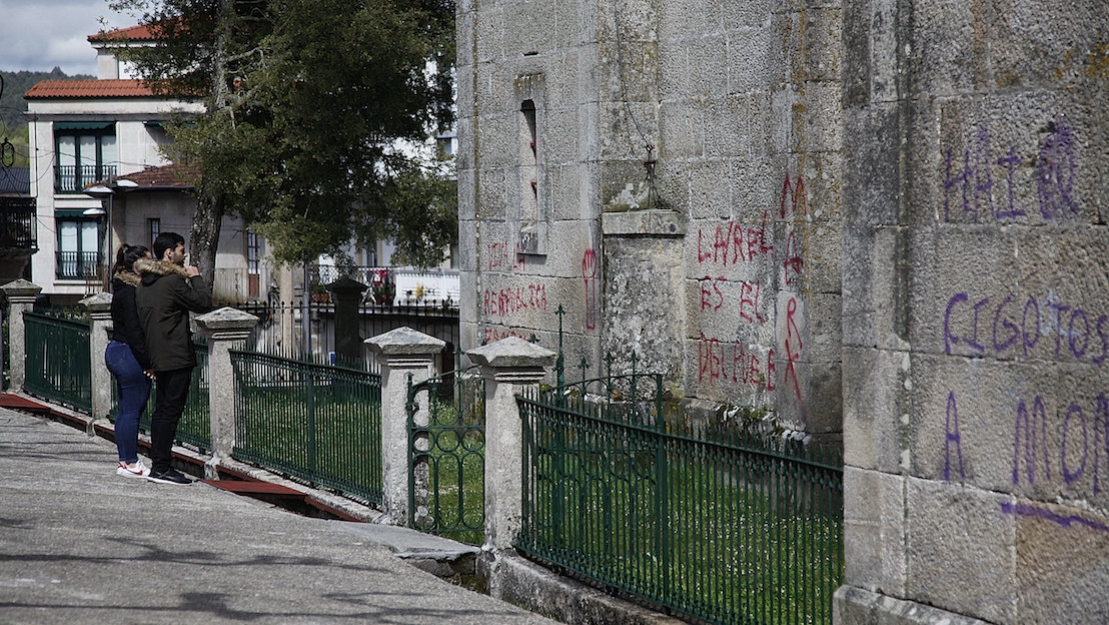 On the morning of Palm Sunday, the priest and parishioners discovered graffiti sprayed on the outside of the Meside (Ourense) church. "Borregos" ("sheep"), "La religión es el opium del pueblo" ("Religion is the opiate of the people"), "Por la república" (For the republic"), a cross in a circle with a line through it, and leftist symbols were among the messages on the church.

The parish priest called it an "act of hatred toward the Church." The diocese of Orense lamented the material damage to the church, which affected four facades, but especially the "pain it caused to the parishioners."

Maximino Rodríguez, the sacristan of the parish said, "We are very angry, but also sad."

The entire community was perplexed about the attack and the identity of the vandals because "as far as we know, there is no radical group here," according to the parish priest.

The mayor, José Manuel Iglesias, denounced the vandalism as "offensive against the Church." He suggested that perhaps the vandals came from out of town, pointing out that "we are around 3,000 inhabitants and we all know each other here. We do not see that anyone can do something like that, so we are inclined to think that they are from outside." He said it was tough on the community that strangers would come to town and "damage our church, our heritage."

The municipal architect said that removing the graffiti while protecting the historic church would be expensive, calculating between 3,500 and 4,500 euros.

The civil guard began an investigation.