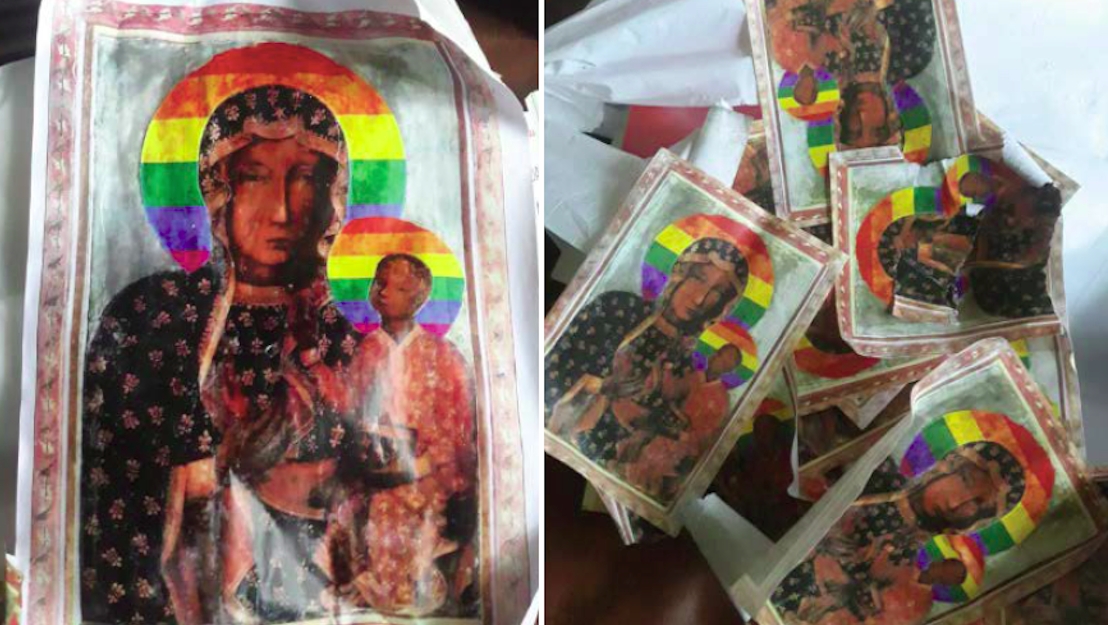 On the morning of April 27th, parishioners noticed posters of Our Lady of Częstochowa (a sacred image of the Virgin Mary and Child) scattered around the church of St. Maksymilian Kolbe with rainbows replacing the golden halos. The posters were found around litter bins and portable toilets. The spokesman for the Polish Bishops Conference denounced the act and asked for people "regardless of beliefs and personal views, to respect the religious feelings of believers." The incident was also harshly criticized by the Interior Ministry.

The original icon of Our Lady of Częstochowa, also known as a miraculous image of the "Black Madonna" and "Queen of Poland" is found in the Jasna Góra Sanctuary in Częstochowa, considered by Christians to be the holiest place in Poland.

"This great pain pierces the heart of us, the servants here in Jasna Góra, but I think that of all Poles. Let us pray for the transformation of hearts and conversion for unbelievers, for the lost and for the enemies of the Holy Church," said Father Marian Waligóra, Prior of Jasna Góra.

On May 6th, police detained a Warsaw woman suspected of producing the images and she faces the charge of insulting religious feelings under Article 196 of the penal code.

The Interior Minister said "Freedom and 'tolerance' do not give people the right to offend the feelings of the faithful."