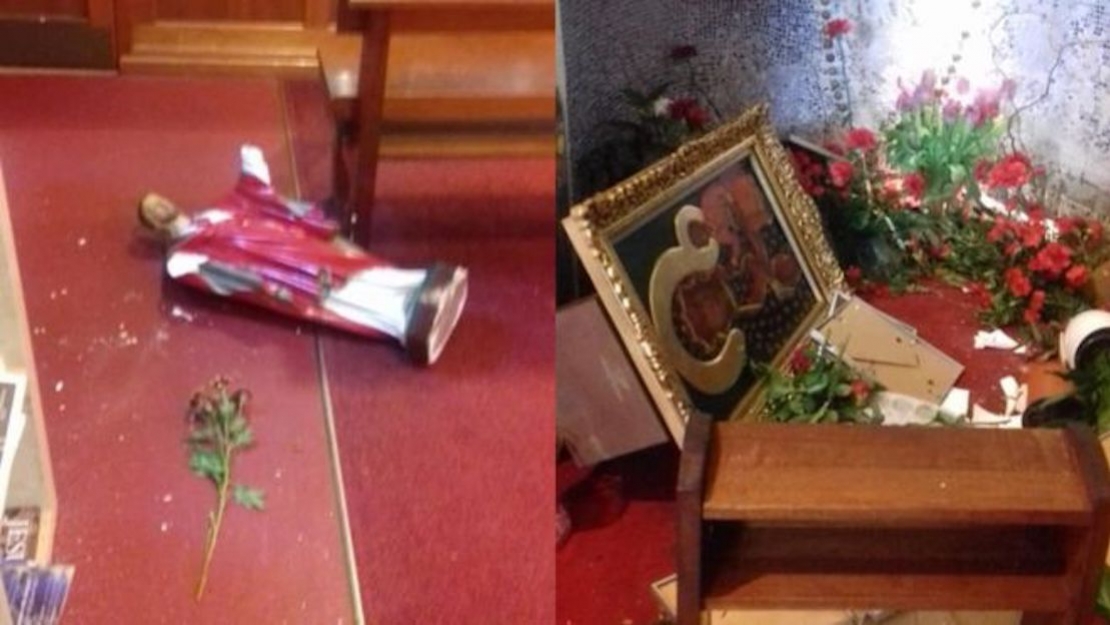 On Saturday, April 27, anti-Catholic graffiti (“F*** the Pope”) was found spray-painted on a bus shelter outside Holy Family Catholic Church in Mossend. On Monday, April 29, vandals entered St. Simon Catholic Church in Glasgow, the main place of worship for the city's Polish community, and attacked the sanctuary, breaking a statue, overturning candles and a shrine to Our Lady of Częstochowa.

The Archdiocee of Glasgow called it “a shameful attack on a much loved church,” adding: “Let's find those responsible and send out the message loud and clear that this kind of action is unacceptable.”

Police in Glasgow stated that there is no evidence the attack on St. Simon’s was either motivated by sectarianism or a hate crime. However, a spokesman from Sancta Familia Media, a Mossend-based Catholic apostolate, said that he thought perhaps the police didn’t want to raise “community tensions.”

Asked if he thought the anti-Catholic graffiti outside Holy Family Church and the destruction at St. Simon’s were related, the Scottish Catholic said it didn’t matter.

“To me as a Catholic it doesn’t matter if they’re related or not because we’re seeing much more vandalism now,” he said. “There’s just a general rise in anti-Catholicism in Scotland.”

On Twitter, Sancta Familia Media wrote: "Catholics just want to worship in peace and we are seeing more graffitti and vandalism."