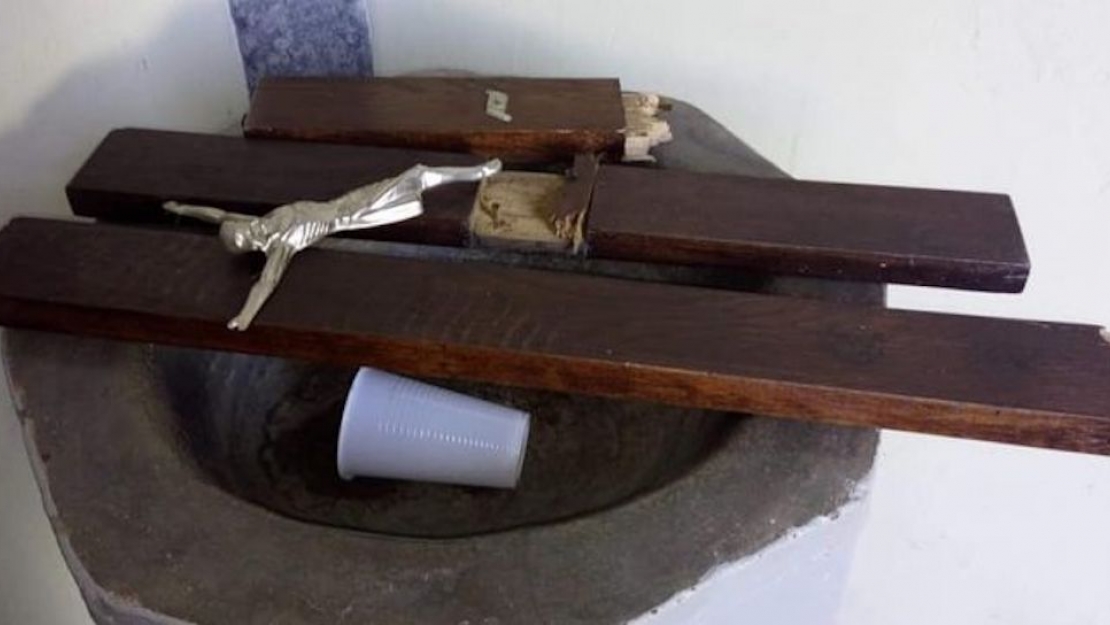 On May 3rd, a priest discovered a destroyed and trampled cross in the porch of the entrance to the church of Saint John the Evangelist in Kwidzyn, as well as a strong smelling liquid poured into the holy water font. Because the incident occurred on the Catholic feast of the Queen of Poland and Poland's Constitution Day holiday, there were many visitors and tourists around the cathedral, making it difficult to identify the perpetrators, according to the priest. The area was not covered by the security cameras in the church.