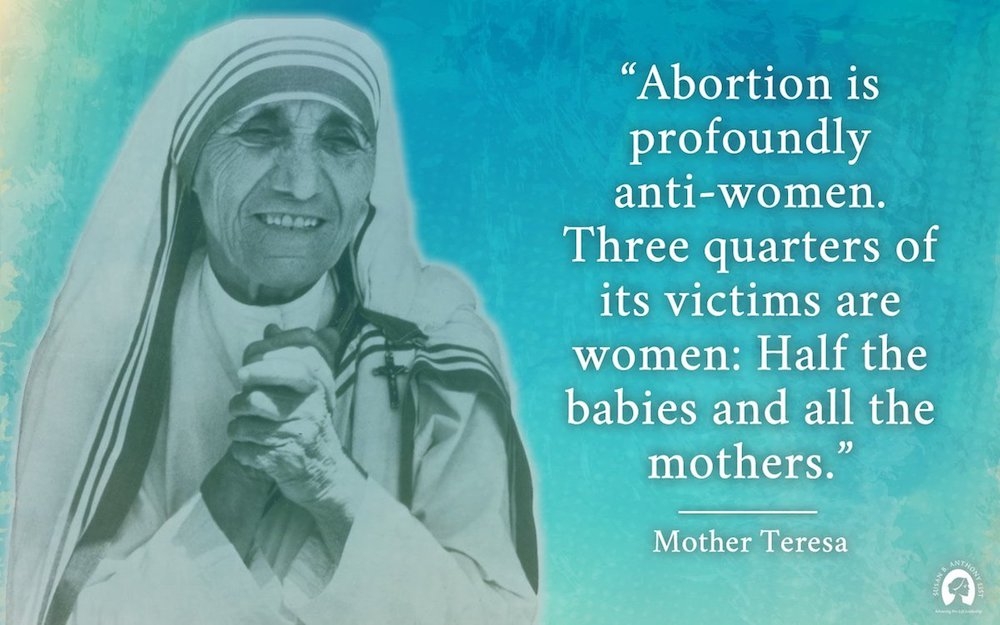 Susan B. Anthony List, a U.S. pro-life organization tweeted a photograph of Mother Theresa and her words: "Abortion is profoundly anti-women. Three quarters of its victims are women: Half the babies and all the mothers.” This tweet was blocked by Twitter for violating the company's “health and pharmaceutical products and services policy.” The tweet was later restored, but Twitter's action prompted U.S. Senator Ted Cruz to question the company's executives about its policies.

At an April 10th Senate Judiciary Committee's Subcommittee on the Constitution hearing, Senator Ted Cruz of Texas criticized “the ability for a handful of giant tech companies to decide if a particular speaker is disfavored."

He said, "It's not just political, it's also ideological. There have been multiple instances of, in particular pro-life groups, being disfavored. For example, here is a tweet that says that 'abortion is profoundly anti-women' and it's a quote from Mother Teresa and this tweet was blocked. Now it's fairly remarkable that Mother Teresa is now deemed hate speech. Do either of you agree with the proposition that Mother Teresa is issuing hate speech?"

A Twitter excecutive’s answer to Cruz’s question, after a brief silence, was: “I believe that [tweet] is from the Susan B. Anthony List, and Susan B. Anthony is currently an advertiser in good standing on our platform.”

Cruz interrupted: “You’re very good at not answering questions. Is this hate speech?”

He responded: “Every tweet has context behind it … I can tell you that we have actioned accounts on both sides of this debate, including tweets by pro-choice groups who have said that everybody who is pro-life is misogynistic.”

The Susan B. Anthony List has claimed that Twitter has discriminated against it many times, especially during the 2018 midterm elections when many of their public endorsements of pro-life candidates were banned from Twitter and reinstated shortly afterward, sometimes only after the organization had appealed the decision.