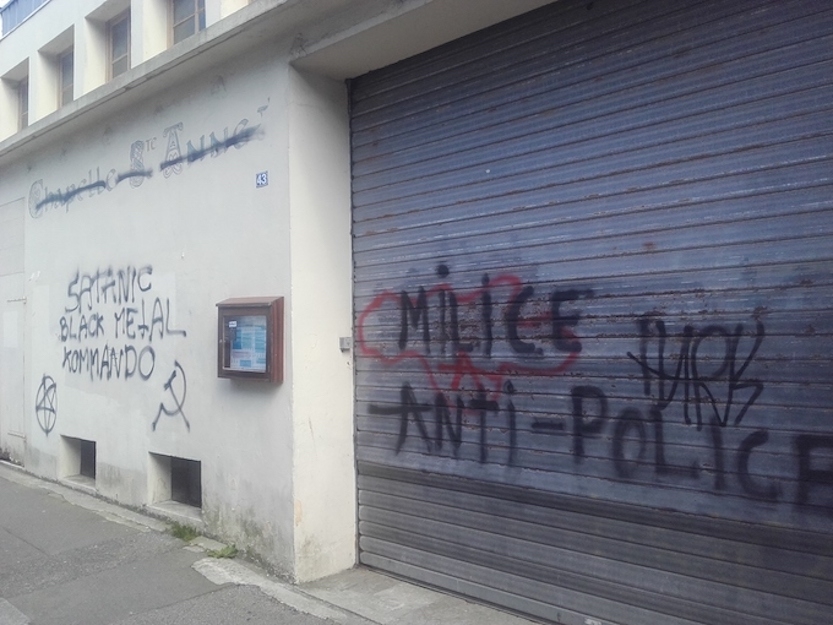 During the night of May 20th to May 21st, the Chapelle Sainte-Anne in Brest was again the target of vandalism in the form of graffiti. It is not the first time unknown perpetrators have sprayed obscene and blasphemous tags on the wall of the chapel or disturbed Sunday services. The abbot said: "The chapel is regularly targeted by nauseating inscriptions. ...The ideology of their authors is clear. Residents testify to their desolation at seeing hatred spread regularly against this peaceful chapel."

The chapel has been a target for vandals for a while. Inscriptions such as "Satanic Black Metal Kommando," "666," an upside-down cross, anarchist, feminist, and pro-LGBT slogans, as well as insults, have appeared on the chapel several times in the past few months.

Additionally, Sunday Masses were interrupted on three occasions according to the priest responsible for the chapel. He said: "During the last (May 12th) Mass, a man (non-Muslim) entered the chapel and shouted 'Allah Akbar!'" Other perpetrators insulted people who were on their way to Mass.