Four Stations in Way of the Cross in Fatima Vandalized 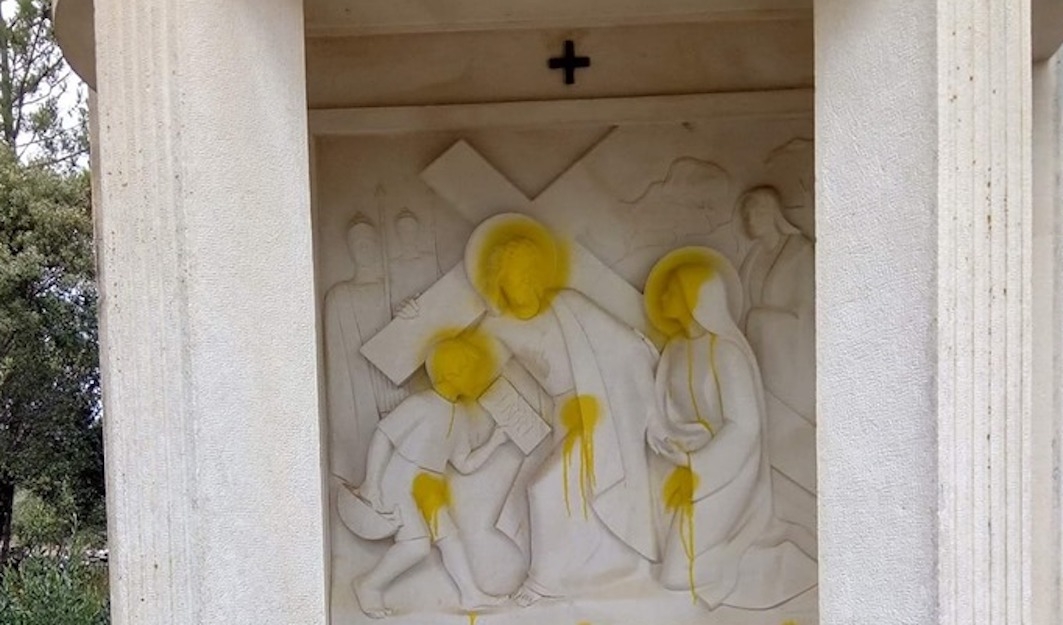 Four of the 14 chapels of the Valinhos Way of the Cross or the Shepherd's Way in Fatima were vandalized with yellow spray paint during the night between July 25th and 26th. The unknown perpetrators sprayed the heads and intimate areas of the figures, along with obscene words. The Shrine of Fatima covered the chapels and will carry out the extensive cleaning work required to remove the paint.

“This act reveals disrespect for an important place for believers,” the Fatima Shrine's communication office told mediotejo.net. The case was reported to the authorities and the institution immediately attempted to clean the monuments, but found that this would be time consuming work.

“We promise to be brief but there are technical constraints that have to be observed namely the selection and testing of the products that will be most suitable for removing yellow paint from the stonework, which is made of a special stone,” said the communications office.

The chapels were covered with siding after the incident, with the indication on the outside of the corresponding image of the station. “What we want is to prevent pilgrims from being disturbed.”

The Valinhos Way of the Cross (was originally called “Hungarian Calvary Cardinal Mindzenty” – of which the chapel is dedicated to St. Stephen, King of Hungary) was built with the support of Hungarian Catholics in the 1960s and is a much sought after space for organized groups of pilgrims, especially foreigners. Besides the liturgical component, it presents the path that the little shepherds made between Aljustrel and Cova da Iria.

The first stone of the Way of the Cross was blessed on June 21, 1959 and the first stone of the chapel on August 11, 1962. The stations were blessed on May 12, 1964. The 15th station, blessed and inaugurated in October 13, 1992, was offered by the Hungarian Parish of Lajosmizse as a sign of gratitude for Hungary's “resurrection”. The panels of the stations in low relief were by Maria Amélia Carvalheira da Silva.