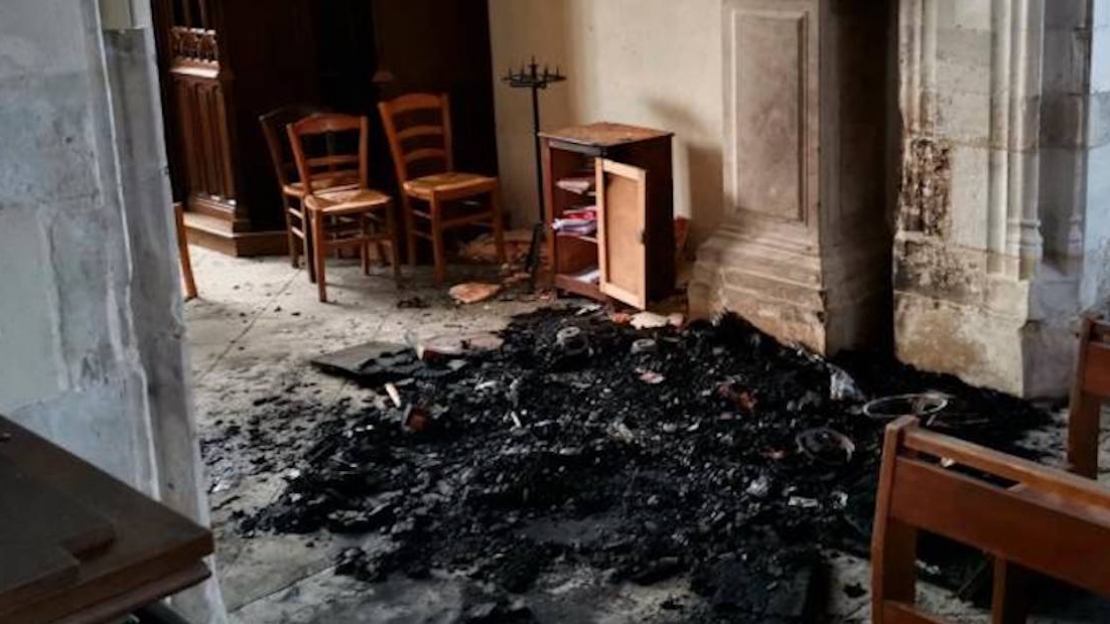 Between June 26th and June 30th, two fires were discovered in the 13th century église Saint-Lô in Bourg-Achard (Eure). According to the police in charge of the investigation, there is a high probability that these two fires were deliberately set.

On June 26, the first fire was discovered by the sacristan, an employee of the diocese. As he went to close the church, he realized that a fire had consumed the altar tablecloth. Lit candles had been placed on the altar in what authorities called "satanic staging with inverted crosses and jewels arranged on the altar." He managed to call for help quickly, which prevented the spread of fire.

On Sunday, June 30, four days later, the church was closed following the first fire. At the end of the afternoon, a passer-by saw smoke coming from the church steeple and alerted firefighters. Inside the church, the organ was in flames. By the time the fire was discovered, the organ had been completely destroyed.

Two fires in less than a week is at least "disturbing," said Jean-Marie Thiébault, 2nd Deputy Mayor. "It's not accidental, it's clear."

Neither he nor the Mayor have any memory of possible threats, or of an incident that would have foreshadowed reprisals against the church.

"We deplore what happened," said the Mayor who announced the installation of security cameras inside the church, paid for by the municipality. "They should be installed in one or two days. It is done to protect the communal church and to continue to receive ceremonies at the request of the parishioners and the priest. "