Theft and Desecration at Oise Parish 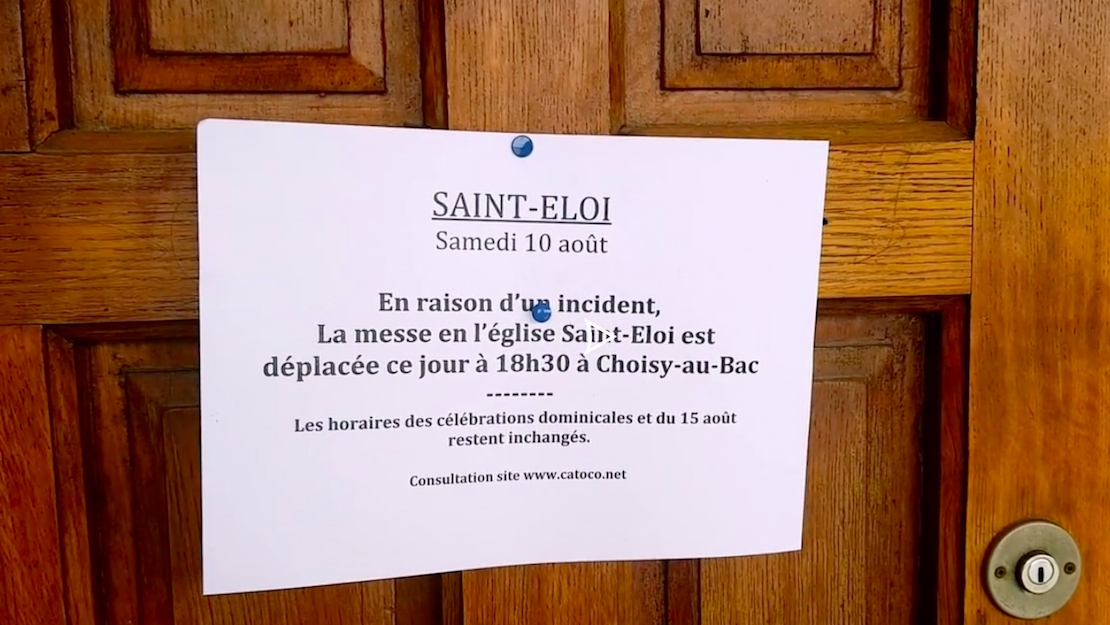 The church of Saint-Éloi (parish of the Bienheureuses-Carmélites-de-Compiègne), diocese of Compiegne, Oise) was robbed, vandalized, and desecrated between the 3rd and 9th of August. Sound equipment, a ciborium, an aspergillum (a liturgical implement used to sprinkle holy water), holy water font, and other liturgical objects were stolen. The burglars forced open the tabernacle to steal the ciborium and stole consecrated hosts, as well. "The most essential thing for us is that the tabernacle was forced, and that the Blessed Sacrament, the presence of Christ was touched, stolen. Which is for us a desecration. The real presence of Christ has been stolen. It's something strong," said the communications director of the Oise diocese.

A mass will be celebrated by Father Émmanuel Gosset, Vicar General of the Diocese of Beauvais, on Tuesday, August 13 at 6:30 pm.

See a video about the incident here.