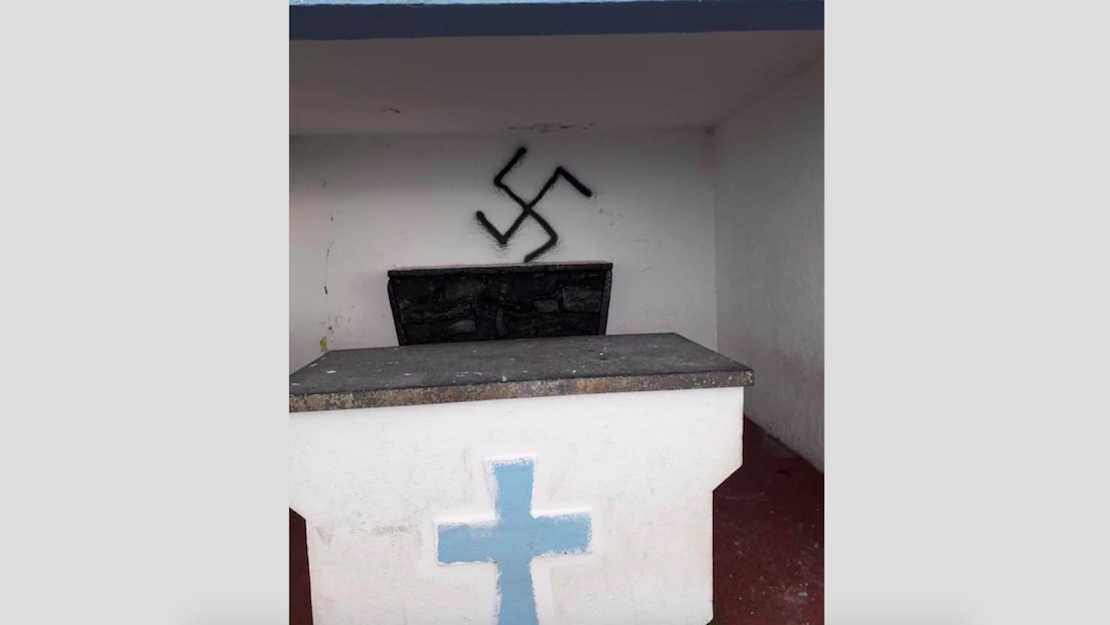 Several swastikas were spray-painted on the oratory and a cross in the Comeragh mountains overlooking Clonmel by unknown vandals sometime before July 30th. A team of volunteers of the Holy Year Cross Committee in Clonmel had come up to the site to prepare it for the annual August bank holiday Monday mass when they discovered the graffiti. Gardaí investigated the incident.

Clonmel parish priest Fr. Michael Twomey called it "sad act of vandalism from some disturbed individuals" and said he was “so saddened to see this by some who have no sense of the hurt they cause and the stupidity and ignorance of the images. I pray that those responsible for this will find peace in their own lives as obviously they are disturbed in some way.”

He noted: "There is widespread shock over this type of vandalism especially the symbols used. Sadly, there has been other vandalism in past years, including oil poured upon the altar area and fencing damaged. But this incident has deeply saddened and shocked many parishioners and the people of Clonmel as a whole - young and old. We are noticing an increase in religious intolerance."