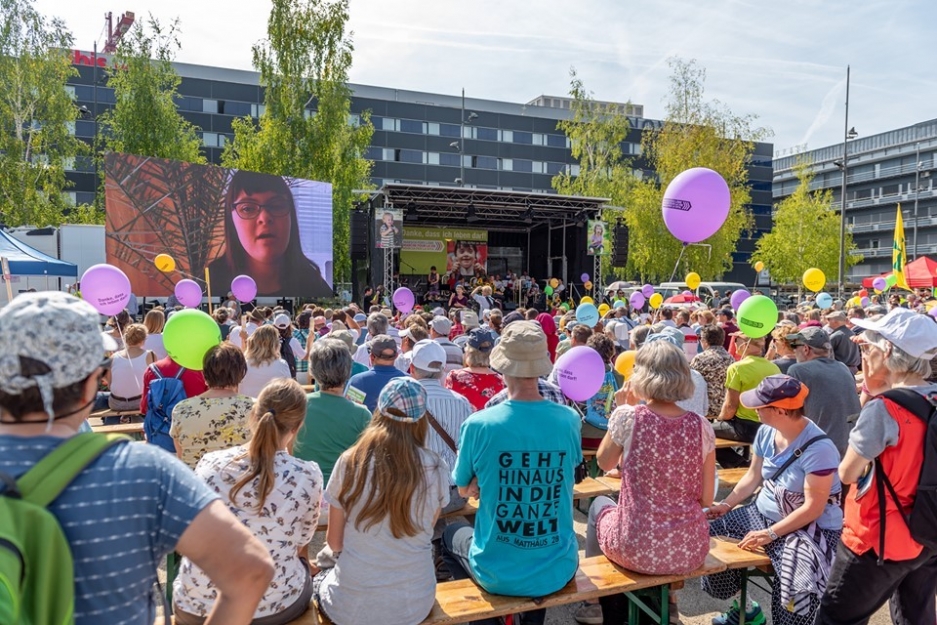 The approved rally "March for Life" in Zurich on the afternoon of September 14th was disrupted by an unauthorized counter-demonstration. More than a thousand peaceful participants in the March for Life gathered on the Turbinenplatz to begin the march on an approved route in the city. At the same time, several hundred people -- called by some press reports a Red-Green alliance -- some with prams containing objects to be thrown (including stones and bottles), convened on the Josefswiese to start an unauthorized counter-demonstration parade. As they attempted to stop the counter-demo and prevent a clash with the March for Life, police were attacked with objects, including bottles and stones. Dumpsters were set on fire, a police vehicle was demolished, and firefighters were hindered by the protesters. In response, the police used a water cannon, rubber bullets, and tear gas to deter the protesters. Due to the violence, the police stopped the March for Life temporarily and ultimately shortened the route to prevent an encounter with the counter-demonstrators, some of whom were masked.

Press reports described the March for Life participants as including elderly people, people with disabilities, "families with four, five, six children," and young people. They carried balloons reading "thank you for allowing me to live."

The counter-demonstrators displayed a banner reading "Pity we cannot abort your ideology" and other carried signs reading "God is dead," "Pro life is a lie -- you don't care if women die," and "Go to hell."

At the end of the March for Life, Auxiliary Bishop Marian Eleganti led the Lord's Prayer, which the marchers recited together. As they said "Forgive us our trespasses as we forgive those to trespass against us," the counter-demonstrators blew whistles and yelled "Haut ab! Haut ab!" (Go away! Go away!")

On the website "Barrikade.info", the organizers of counter-demonstration called it a "complete success for the antipatriarchal forces" because it was able to "delay and hinder" the "reactionary hate speech of the Christian right." They referred to the pro life marchers as "Christian-Fundis" whose aim is to defend a "life" that is "patriarchal, profoundly sexist, and conservative."