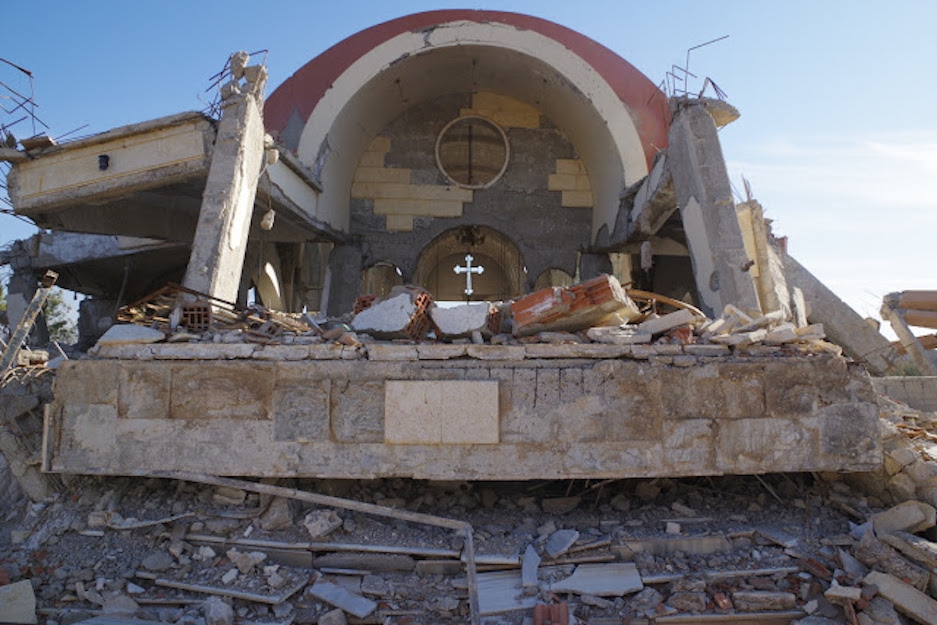 The Saarland Prime Minister Tobias Hans (CDU) rejected the request of the Assyrian Cultural Association Saarlouis allow about 400 Syrian Christians from the conflict-torn region of Northern Syria on the Khabur River to enter Saarland. Despite offers of respite and assistance from the existing Assyrian community in the German federal state, the government said it would only admit five refugees.

"The admission of 400 persons through a state admission programme is not possible," explained government spokeswoman Anne Funk, citing the costs of expenditures for the Christian Syrians of at least four million euro per year. "As the state government of Saarland, we see it as our duty to act and, within the framework of a nationwide distribution program ... we are prepared to accept Assyrian Christians according to the usual distribution (1.2 percent of refugees for Saarland)," she said. Of the 400 Christian refugees, this would mean only five would be admitted in Saarland.

In a letter to Federal Interior Minister Horst Seehofer (CSU), Hans asked "for a favorable examination of such a federal reception programme." At the same time, Hans brought the Assyrian Cultural Association's request to the former head of the CDU parliamentary group, Volker Kauder, who published the book "Verfolgte Christen" (Persecuted Christians) and is known for his commitment to threatened Christians, Funk explained to the Saarbrücker Zeitung. Earlier, the CDU and SPD state parliamentary groups had given positive signals regarding the reception of refugees.

The decision came as a surprise, as many of the applicants are reported to be relatives of those already residing in Saarland, and could intergrate more easily by having a support network in the region. Charli Kanoun, who leads the Assyrian Community of Saarlouis, expressed shock at the decison taken by the CDU/SDP coalition government.

"If it is true that only four to five of our compatriots who are in bitter suffering are to be taken in, then this is a mockery, I am ashamed of this state government".

"One cannot let people die with one's eyes open and then talk about the dignity of man being inviolable," explained the Assyrian Christian, who, like many of his fellow countrymen, can still speak Aramaic, the language of Jesus. "A party that has the C in its name has an obligation," Kanoun said. Since 2015, no Assyrian has relocated to Saarland. The Association of Christian Churches in Saarland and Bishop Stephan Ackermann of Trier had already signalled their support for the cause of the Assyrian Cultural Association.

"We need a quick and clear solution", Tobias Schunk of the Saarland Refugee Council told the SZ. State and federal government should not shift the responsibility back and forth. "Saarland took in about 10,000 refugees in 2015. We will now be able to take in 400 of them," said Schunk. This would not be an excessive burden for Saarland. The threatened Syrian Christians on the Chabour River have family ties to Saarland and should not be distributed across Germany, Schunk said.