Legal Extension of IVF Met with Staunch Opposition in France 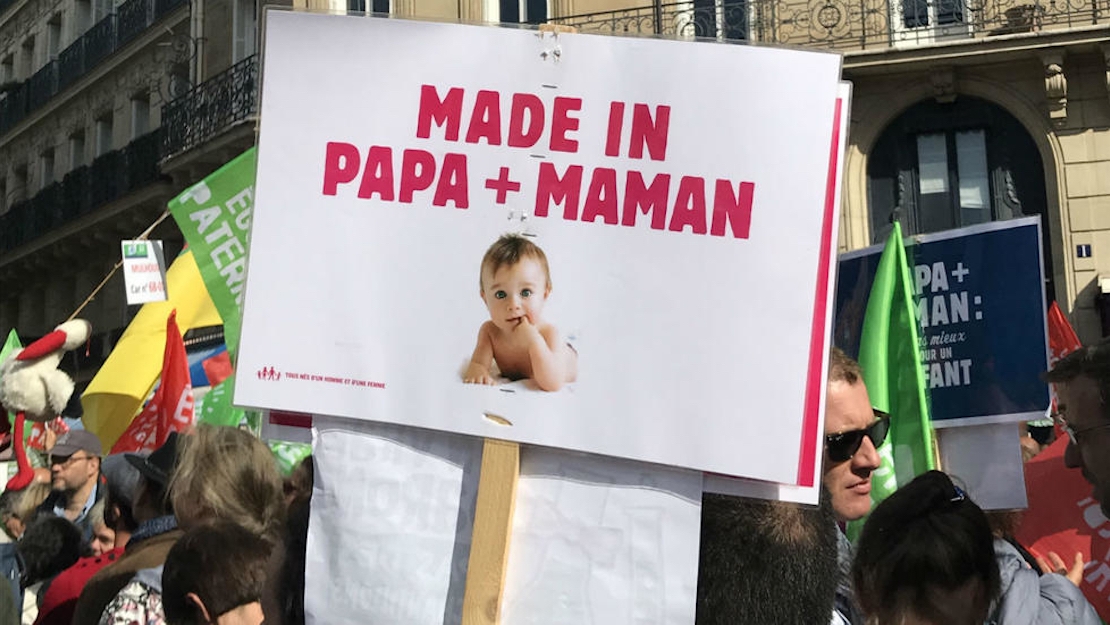 Tens of thousands of French protestors took to the streets of Paris on October 6th to protest the draft bioethics law which passed the lower house of parliament on September 25th. The bill would, amongst other provisions, allow all women under 43 the right to "medically assisted procreation," including in-vitro fertilization (IVF), regardless of their relationship status, or sexual orientation. Currently, French law only allows access to IVF to heterosexual couples unable to have children through natural means, who are either married, or who have lived together for two years.

The proposed legislation will go to the senate for a vote later in October. Under the bill, the child of a lesbian couple would have the names of the "mother and mother" on its birth certificate instead of the "mother and father." It also introduces the legal right of individuals 18 years and over who were conceived through IVF to learn the identity of their biological father.

The proposed bill has sparked fears that this could open the doors to a generation of children who grow up without knowing their biological fathers, and would encourage commercial surrogacy.

"Liberté, égalité, paternité" (liberty, equality, paternity) a play on the words of the national motto, was the slogan adopted by groups, including members of the Catholic Church, and La Manif Pour Tous (LMPT), a collection of organizations that support Christian social teaching in society.

Alongside traditional Christian groups, concerns have also been expressed by some French feminists. Speaking to the media, sociologist and ethnologist, Martine Segalen, Professor Emeritus at the University of Paris Nanterre warned that the law could open the doors to commercial surrogacy, as it "makes the bodies of women and children objects produced in a society where procreation has become a market."