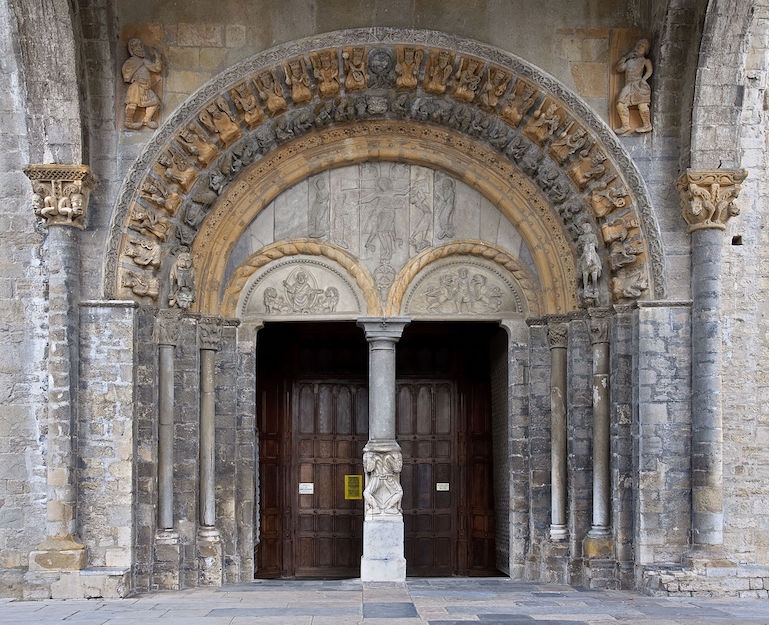 A car fitted with a battering ram was driven into the door of the Cathedral Sainte-Marie d'Oloron in southwestern France on November 4th. Once inside the cathedral, thieves entered the chapel and sawed the iron bars protecting sacred and liturgical items. They stole chalices, ciboria, a centuries old nativity scene, and vestments used by the priest for the Mass. Authorities characterized the theft as organized and well-planned.

According to Fr. Jean-Marie Barennes one of the parish priests, some of the objects are reportedly from the 18th century, including "a very precious monstrance." He reassured French media that the concecrated hosts and the tabernacle were left untouched.

Speaking to the Catholic News Agency, Bishop Marc Aillet of Bayonne and Oloron has descibed the crime as a "sacriligious robbery since they are objects of worship, some of which are still used today in certain great circumstances."

Herve Lucbereilh, mayor of the town, described the stolen objects as "part of the imagination of the Oloronese, of their history, of their roots... It's as if a part of their heart had been torn out."

Although local residents notified police when they heard the crash into the building, the three thieves escaped and remain unapprehended. Authorities have not released information about the perpetrators, nor any information about a motive, as the investigation is ongoing.

This robbery is yet another example of an ongoing trend in France. The Catholic News Agency reports that 228 "violent anti-Christian acts" had been reported in the months of January to March of 2019.