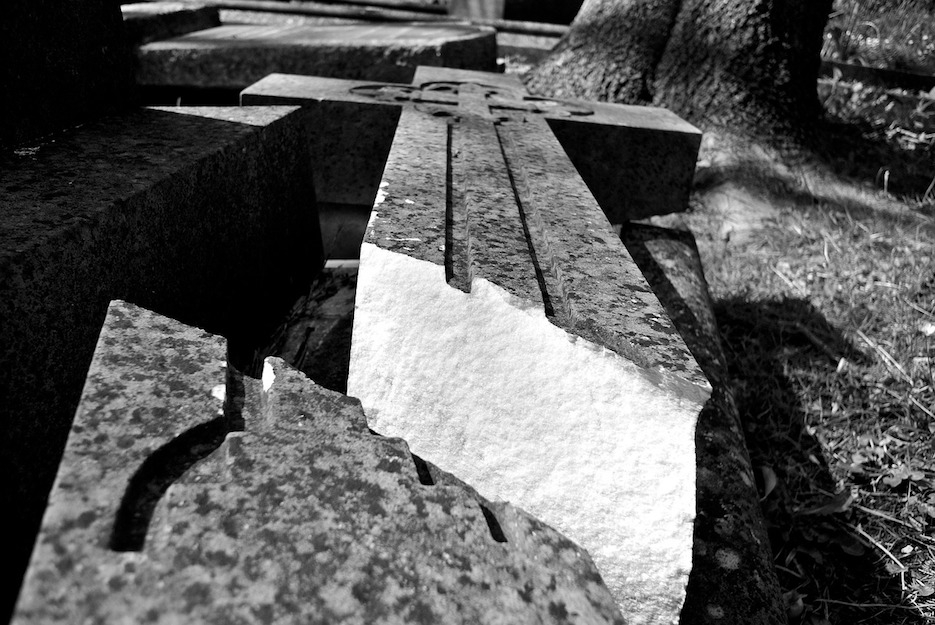 Just before All Saints' Day, about 100 graves were damaged or destroyed in the Breuil cemetery of Cognac. Christian symbols including crucifixes, crosses, and statues of the Virgin Mary and angels were targeted. An 18-year-old self-described Satanist who "hates all religions, especially Catholicism," was arrested by the police. The timing of the incident, given its close proximity to the feast of All Saints and All Souls, shocked local residents.

Monsignor Hervé Gosselin, Bishop of Angoulême, called it a "barbaric and scandalous" act and said "a society where we cannot respect each other in our religious beliefs is a serious matter."

Speaking to the media, famillies affected reported their shock at these events. "When you see things like that, I don't know, they can't be human, it's incredible," said a resident. "It's disgust, just a feeling of disgust."

Prosecutors ordered a psychiatric evaluation of the suspect and he was forbidden from entering or approaching Catholic places of Worship.