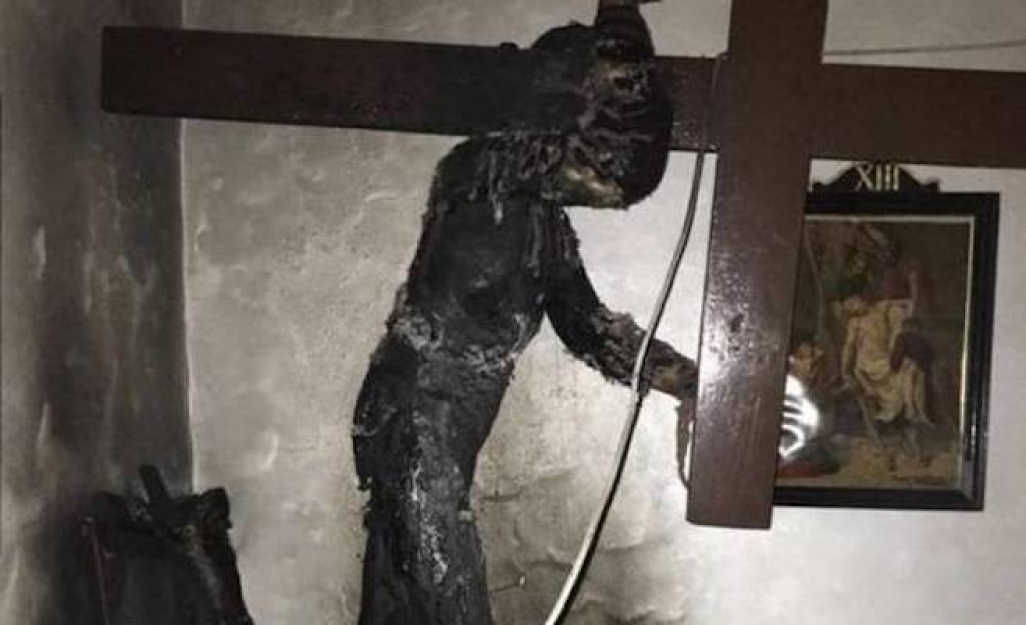 On morning of November 14th, the hermitage of the Holy Sepulcher in Tauste (Zaragoza) was discovered vandalized and the life-sized statue of the Nazarene Christ burnt. The custodian of the hermitage, Juan Francés, found the remains of a fire when he opened the hermitage and found "everything lying on the ground and on fire.” The city council of Tauste condemned the attack on the hermitage “It was an attack on a religious and cultural symbol of our people. It is not a simple act of vandalism.”

According to reports, this was the first time that the hermitage suffered an attack like this. "This time it has not been a robbery, it has been evil. On other occasions they had come to steal ... but today has been to destroy," said Francés, who goes almost daily to renew a candle that remains continually lit. The burning of the Nazarene Christ was, according to Juan Francés, an evil attack towards a religious temple. The lying Christ is life-size, he said "and is quite imposing."

The city council said, "It is a place where our ancestors, family and friends have met for centuries." The chapel of the Holy Sepulcher is one of the main places locals visit during Holy Week and remains open from the afternoon of Holy Thursday until the celebration of the Holy Offices of Friday.