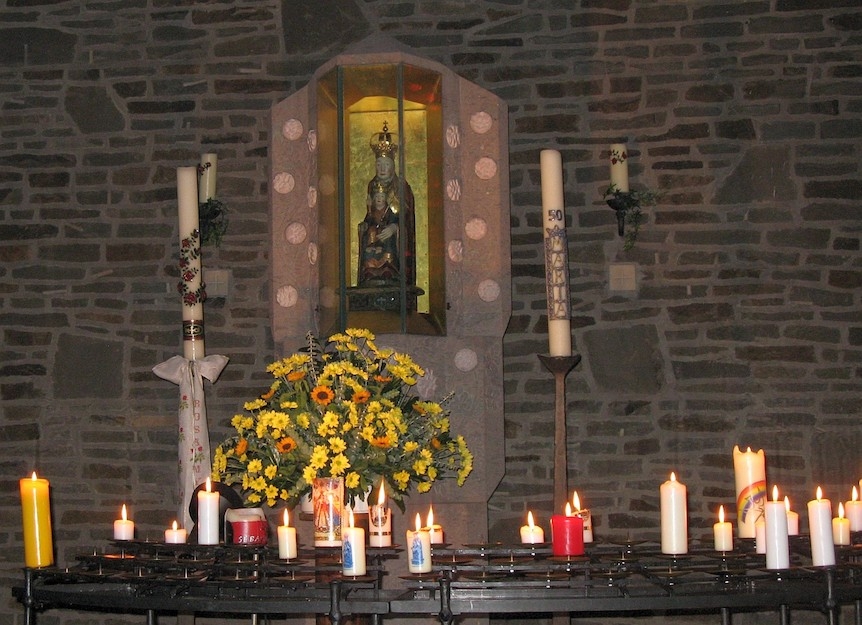 A visitor to the St. Katharina Kirche in Buschhoven discovered that a fire had been set in the church during the early afternoon of November 16th. Local media reports that books and booklets were placed on top of the lit candlesticks in front of the statue of the Virgin Mary, revered by Christians and pilgrims as the "Rosa Mystica." The books caught fire and the church was enveloped in a huge mass of smoke and soot before the fire brigade was able to extinguish the blaze. Earlier in the week, a fire had been set in the same church using the candles but was extinguished before major damage occurred.

The organ was heavily polluted with soot and Mass services were temporarily affected as the church had to be cleaned. The parish priest and chairman of local parish council were shocked by the damage.

The church is one of the oldest Marian places of Christian pilgimage in the German speaking world and houses a revered statue of the Virgin Mary known as the "Rosa Mystica," which legend states was discovered by a knight in a rose bush in the forest which would serve as the church's first foundation.

The Protestant Versöhnungskirche, just 200 meters away, was also the target of vandalism twice in the same week, with its hymnals and booklets scattered, seat cushions thrown on the floor, candles pushed off the altar, and a small fire lit on a doormat.

Read about the incidents at Versöhnungskirche here.