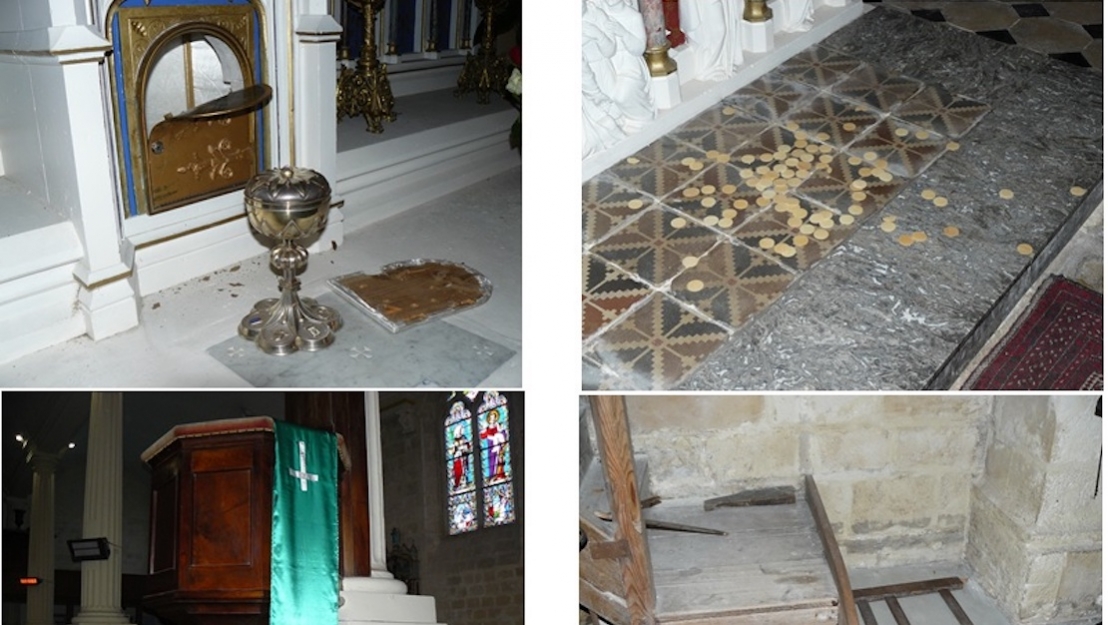 Just before an evening Mass on November 9th, unidentified vandals entered the Tonnay-Charente church and tore open the tabernacle of the altar of the Virgin Mary, breaking the doors. The consecrated hosts in the ciborium were thrown to the ground and the glass container holding a host consecrated for adoration was stolen. In addition, crosses were reversed and chairs and statues were broken, including one depicting St. Joseph holding the baby Jesus, which was decapitated by the perpetrators. The Bishop said, this was "desecration, not burglary."

For Catholics, as well as other Christian denominations, consecrated hosts are believed to be the physical body of Jesus Christ and their destruction and theft is a severe desecration.

According to the Bishop, the church in Charente-Maritime will need to hold a Mass of Repartion following the incident and a funeral mass which was scheduled for later in the week had to be moved to a neighboring town, because the affected church was not fit to host the service.

"This abject profanation is a painful wound and humiliation for all Catholics in the diocese," said Bishop Georges Colomb, Bishop of La Rochelle et Saintes.