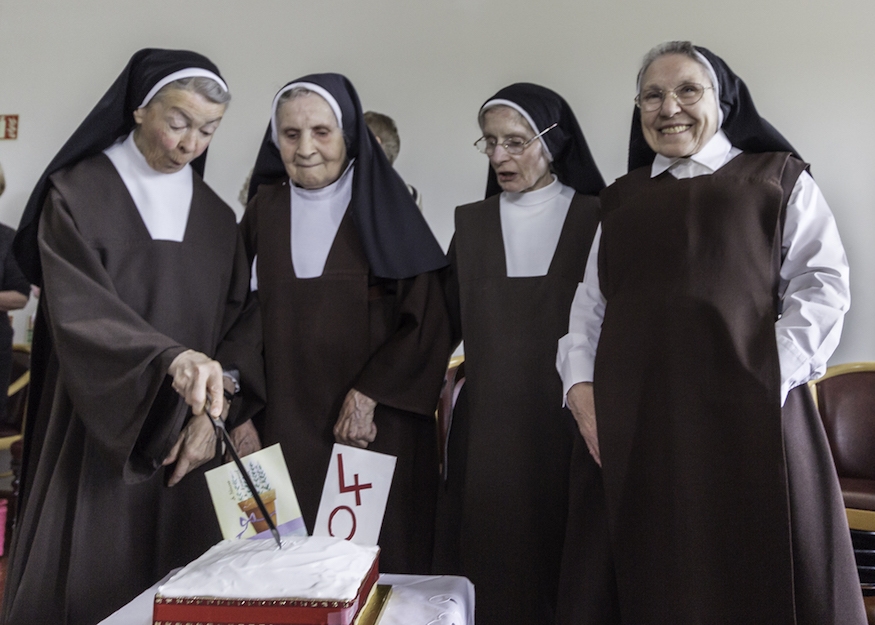 Intruders broke into the Star of the Sea Carmelite Nuns monastery in Malahide in the early afternoon of November 11th and verbally abused the elderly resident sisters, sprayed and smeared the walls of convent's chapel with graffiti.

Fr. Jimmy McPartland announced to congregants of St. Anne's parish church that the unidentified assailants had yelled "very terrible things" at the nuns, as well as having "desecrated" the chapel.

“The poor sisters who live there play such an integral part of life in the area and it’s outrageous that a small group of thugs would target them like this,” a local parishioner who regularly goes to the chapel told the news site Dublin Live.

“The sad outcome of this is that those wishing to pray in the oratory at the convent can no longer do so freely,” the parishioner said . “The chapel has always been open during the day for anyone who wanted to go in and pray or reflect. Now because of the actions of a few thugs, we can no longer use this beautiful place of worship freely, but must instead request a key.”

The local MP, Darragh O'Brien described the event as "regrettable," saying "Any kind of vandalism is bad, but that it is committed against a group of older religious women is pathetic". He went on to say, “Unfortunately we’ve become used to burglaries and break-ins in the area, but this type of violation of a monastery—to desecrate a religious building—is shocking,” he added. “The effect this has on a group of lovely women—most of whom are elderly—will disgust people in the area.”