Arson and Destruction at Churches on Chios 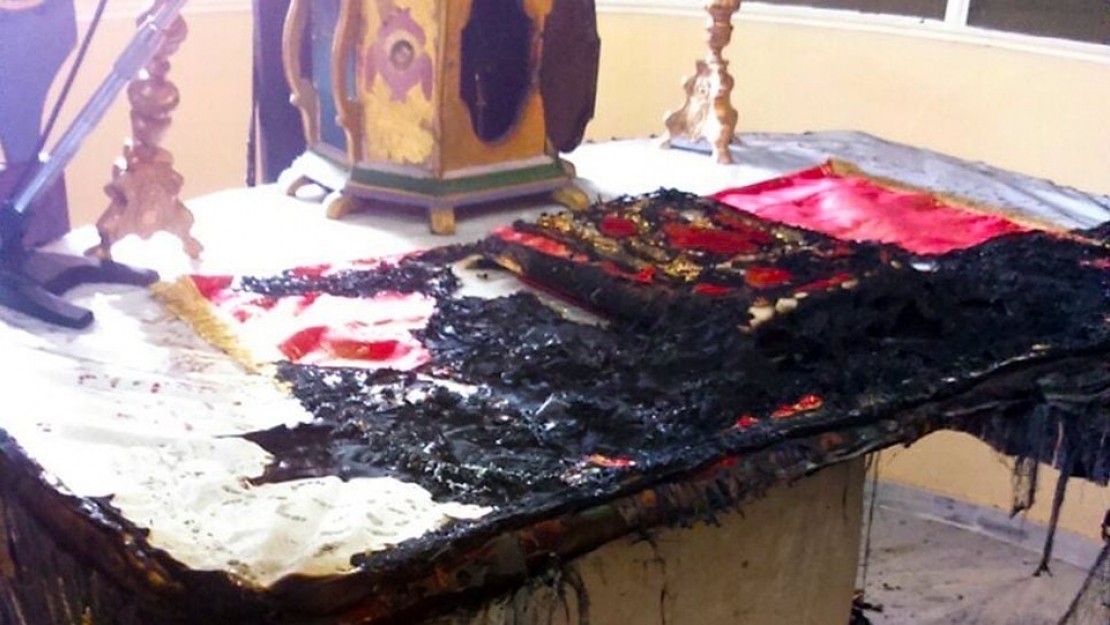 Over the weekend of November 9-10, unidentified vandals broke windows and set the Agia Trapeza (altar) on fire, burning sacred items, in the Agios Haralambos Church. According to reports, this was the third church vandalized in Chalkios on the island of Chios within a week. In the Church of Panagia, a window was smashed and oil and candles were stolen and a fire was set in the Church of Agios Petros and Pavlos.

Chalkios’ President Vasilis Vigas said locals were furious about the attacks on churches. One news report indicated that some village locals believed undocumented refugees and migrants wre behind the attacks, with thousands of migrants residing in a local camp nearby.

“Agios Haralambos is a church located 500 metres from the migrant camp. This morning, a woman went to light a candle and found that someone had set fire to the Agia Trapeza. They burnt the Holy Gospel and other sacred items. Within a week, this is the third church they have destroyed in our village,” said Vigas.

“The first was the Church of Panagia, they smashed the window there and stole oil and candles; the second was the Church of Agios Petros and Pavlos, where again they burnt parts of the church,” added the President.

According to reports, locals were visibly frustrated, saying they can no longer tolerate these attacks and stressed they are worried about what might happen next. One man yelled, “We have no choice, either we leave the village, or we start acting like them. Since nothing is being done, we will take matters into our own hands and start defending what is ours.”

Just days before the churches were targeted, locals protested overcrowding at the migrant reception center in Chalkios. Currently, around 5,000 people are being hosted at the Vial camp on Chios, several times its maximum capacity. The camp has spilled over into the private land surrounding the facility.

See a video of the interview with parishioners and local residents here.