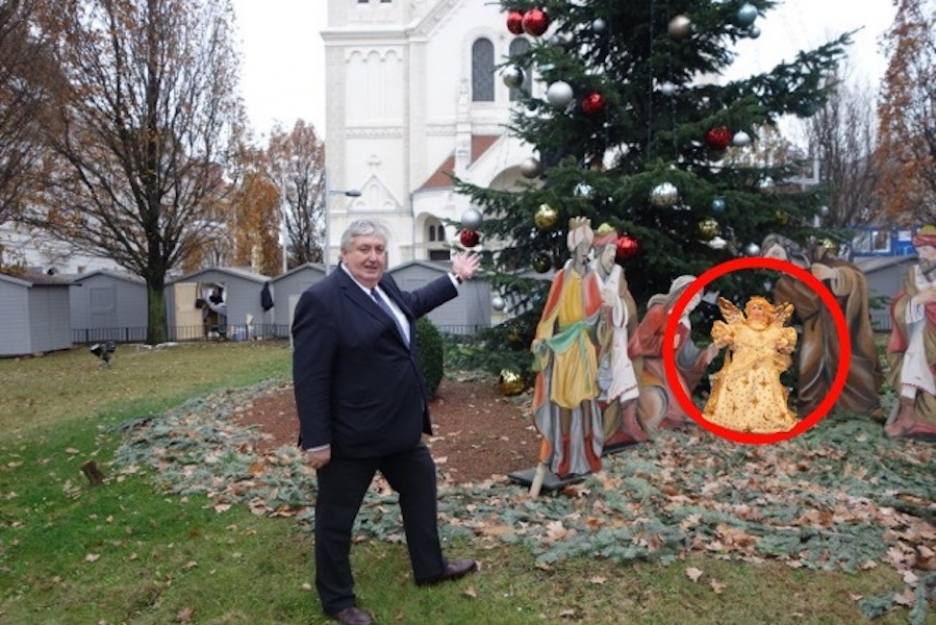 The Christkind (Christ child) figure was stolen twice in three days from the Christkindlmarkt (Christmas market) on Enkplatz in Vienna. The original figure was replaced after the first theft. The replacement was then stolen. Now it has been replaced, at least temporarily, with a wooden stake with a woolen cap on top. Locals expressed outrage at the thefts and the priest of the adjacent church offered to receive the figure "discreetly" from anyone who wished to return it.

The thefts were widely reported in the media. Paul Stadler, Bezirkschef for Vienna-Simmering commented: "Who would have thought that the stolen crèche figure on Enkplatz would evoke so much emotion and so much media coverage? The country's daily newspapers and television stations reported the theft. To date, more than 18,000 people have seen my Facebook posting about the theft. I would like to thank you for this great interest, which also showed me how important traditional values are to the district residents. And I hereby promise that the Christ Child - whether the thief brings it back or not - will be back in the crib on Christmas Eve."