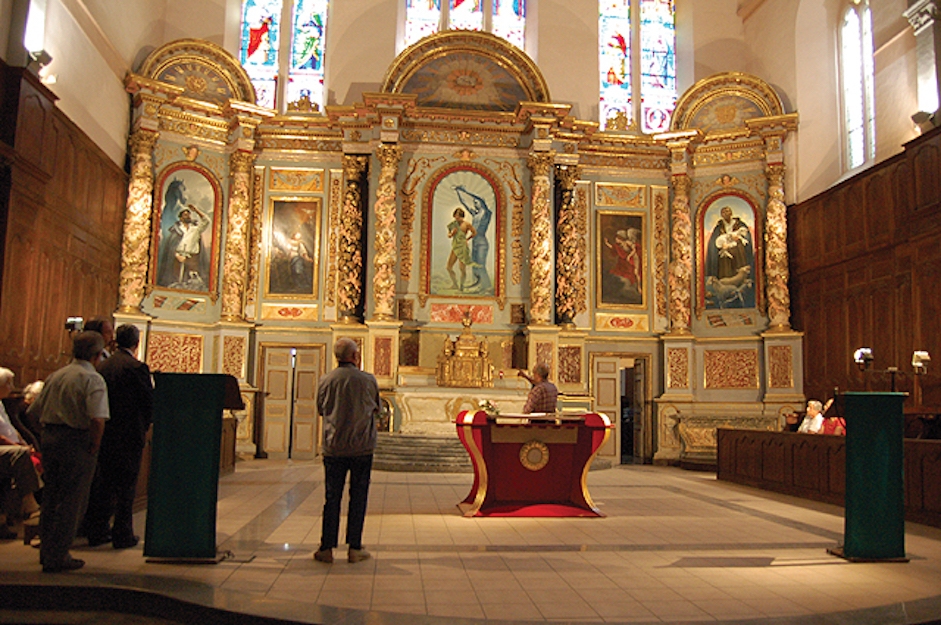 On the afternoon of November 21st, two men broke a door and entered the church of Saint-Jean-Baptiste in the Tarbes city center to commit serious vandalism. The unidentified vandals tore up and burned Mass books and then soiled them with human excrement; at least one of them urinated against a wall. A statue of St. John the Baptist was thrown at the pews, a crucifix was toppled and thrown to the ground, and a fire extinguisher was emptied in the church. The organ was opened and microphone wires were torn out. The perpetrators fled when a parishioner entered to pray.

According to reports, the Bishop of Tarbes and Lourdes called the incident "disturbing" and speculated about the motivations. "There were no tags," he noted, "and that it was not a 'desecration' in the strict sense of the word. Are these people who wanted to have fun or are they who have something against religions, and the Catholic religion in particular?" The word 'descration' is used in this context only when liturgical objects - the altar, tabernacle, objects used for Masses - are degraded or stolen.

The bishop added that he wondered whether churches should be equipped with CCTV cameras "to protect themselves from these acts that are beginning to be repeated in France."

The Mayor of Tarbes, Gérard Trémège and the prefect of the Hautes-Pyrénées showed their solidarity with the Catholic faithful affected by this event. "These acts should not be trivialised. Respect for beliefs and convictions of any kind must be absolute," said Trémège.