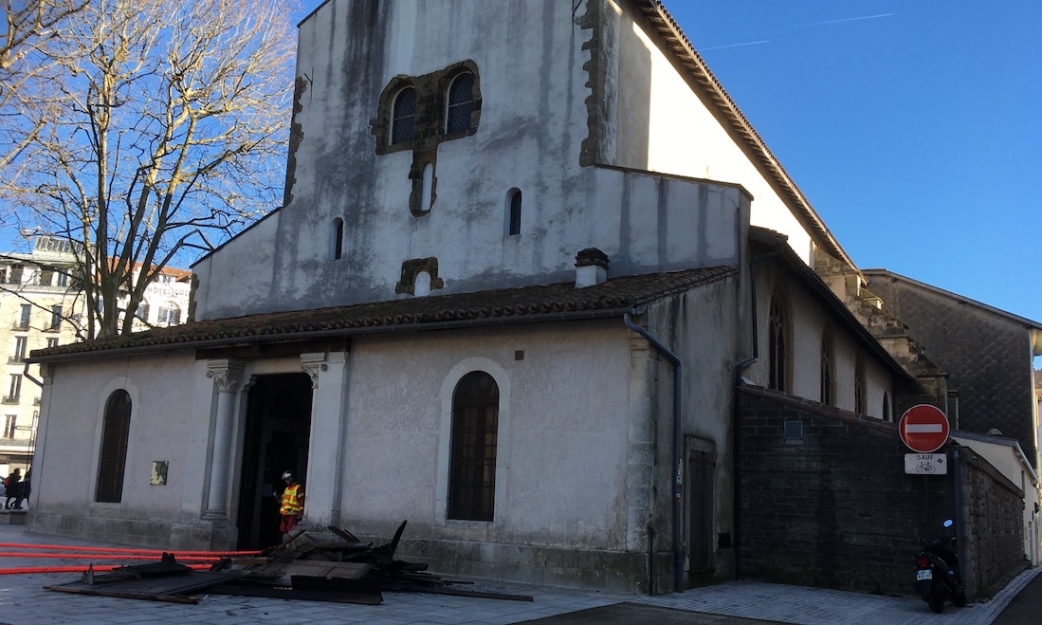 A man suspected of committing the January 11th arson attack on the Saint-Esprit church in Bayonne was arrested the following day. Investigators were able to quickly determine that the fire had been deliberately set and video surveillance images made it possible to identify the suspect who was seen in the images leaving the church a few minutes before the first smoke was visible. The fire, which left no one injured, was brought under control by the firefighters but the suffered extreme smoke damage.

The suspect, who is said to be "mentally deficient," has a clean criminal record, but was known to the municipal police services. He was to be seen by a doctor for possible hospitalization.